The culture shock of being an international student

For any student, moving away from home can be a bit scary. But I did not expect student life in Scotland to be all that different from my home of the Netherlands. After all, we get the same news and TV shows online. Many students find the northwest climate can affect them a lot. You may find the grayness and dampness, especially during the winter months, difficult to get used to. However, when I moved from Amsterdam to study at the University of Stirling, I began to realise that a few minor issues were catching me off balance. I was suffering a minor cultural shock.

In my first year, I quickly found out my English was not as good as I had assumed. Most of my roommates were born and raised in Scotland, and I constantly found myself having to ask people to repeat themselves. Their Scottish accents did not help and I was mispronouncing names and places all the time. I also got confused about minor cultural things. Much to my flatmates’ amusement, it took me two Christmases to figure out that mince pies are not actually filled with minced beef.

The linguistic barrier meant that public transport was tricky at first. I found the lack of information about bus prices and how and where to get tickets really surprising. It turned a simple 15-minute journey into a daunting task.

Then I had to adjust to a new social life. I was surprised by the campus culture in the UK – in the Netherlands, most universities don’t have one main campus where you can attend university, as well as live and exercise all in the same place. But here, you never have to leave campus if you don’t want to. I had to adapt to everyone being so close to each other all the time.

Parties are different here too. In the Netherlands, the less effort you put into getting ready, the better. I’d normally slip on my trusty Converse shoes, along with some clothes I could get away with wearing to class tomorrow, and wear minimal make-up. But, in my experience, partying is more formal in the UK. Your make-up needs to be flawless and your hair needs to be immaculate. You’ll preferably be wearing a dress and heels, too. I was constantly having to borrow clothes off my friends just to fit in. Parties finish early and everyone just wanders off, whereas in my country that would be the time I’d leave the house.

But it is not all early closing times and strange pastries. Social behaviours may also confuse, surprise or offend you. For example, you may find people appear cold, distant or always in a hurry. Cultures are built on deeply-embedded sets of values, norms, assumptions and beliefs. It can be surprising and sometimes distressing to find that people do not share some of your most deeply held ideas, as most of us take our core values and beliefs for granted and assume they are universally held.

However, I have found lots of pleasant surprises in the UK too – and so have many other international students I know. My friend Agnes was taken aback by how sociable people are. She says she was shocked when complete strangers started talking to her at the bus stop. I, personally, was surprised by how smartly male students in Sterling dress compared to my home country.

Culture shock can knock your confidence in the beginning.  But you are not alone in taking time to adapt, and soon you start to come to grips with all experiences. Studies suggest that taking a gap year or studying abroad can positively influence your brain to make you more outgoing and open to new ideas. Looking back, most of the ones I experienced made good stories to tell my friends.

12. When she moved to Scotland, the student was mostly confused by …

13. Which of the following was NOT mentioned as a reason for author’s culture shock?

15. In paragraph 4 “Then I had to adjust to …” the author stresses that it was difficult for her to get used to …

A) living in the same place all the time.

B) doing sports where she lived.

C) always being around the same people.

16. According to the author, parties she got used to in the Netherlands …

A) made her feel uncomfortable.

17. Which of the following statements, according to the author, is TRUE about international students in Stirling?

A) They don’t dress up as well as locals.

B) They may experience many positive cultural surprises.

C) They don’t talk to strangers.

D) Their eating habits are different.

01 2 March, questions and answers – StuDocu – chapter an introduction to culture and psychology in the context of psychology, which of the following is true of cross-cultural research? it is topic-specific.A. If assertions are compiled into a source file, and if no flags are included at runtime, assertions will execute by default. B. As of Java version 1.4, assertion statements are compiled by default. C. With the proper use of runtime arguments, it is possible to instruct the VM to disable assertions for a certain…3 Which of the following statements is NOT correct? a) A minimal test set that achieves 100% LCSAJ coverage will also achieve 100% branch coverage 7 Which of the following is NOT true of test coverage criteria? a) Test coverage criteria can be measured in terms of items exercised by a test…

Which of the following statement is true for assertions in java? why? – Marriages may be legitimized by which of the following_. Which pair of cities fits the description "capitals of a divided nation"? Start filling in the gaps now.Culture shock can knock your confidence in the beginning. But you are not alone in taking time to adapt, and soon you start to come to grips with all experiences. 17. Which of the following statements, according to the author, is TRUE about international students in Stirling? onlyege.ru | 2.Well, canvas drawing are done with pixels, that's true. Canvas does not have built-in functions. About svg I have no idea. 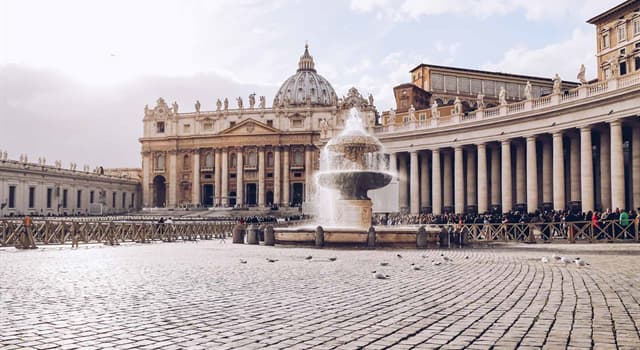 ISTQB Foundation level exam Sample paper – I – Culture shock can knock your confidence in the beginning. But you are not alone in taking time to adapt, and soon you start to come to grips with all experiences. 17. Which of the following statements, according to the author, is TRUE about international students in Stirling?Which of the following statements is true of culture? Who first defined culture as "that complex whole which includes knowledge, belief, art, law, morals, custom, and any other capabilities and habits acquired by man as a member of society?"Which of the following statements about regularization are true? Check all that apply.??? Consider a classification problem. Adding regularization may cause your classifier to incorrectly classify some training examples (which it had correctly classified when not using regularization, i.e. when 0λ=0). 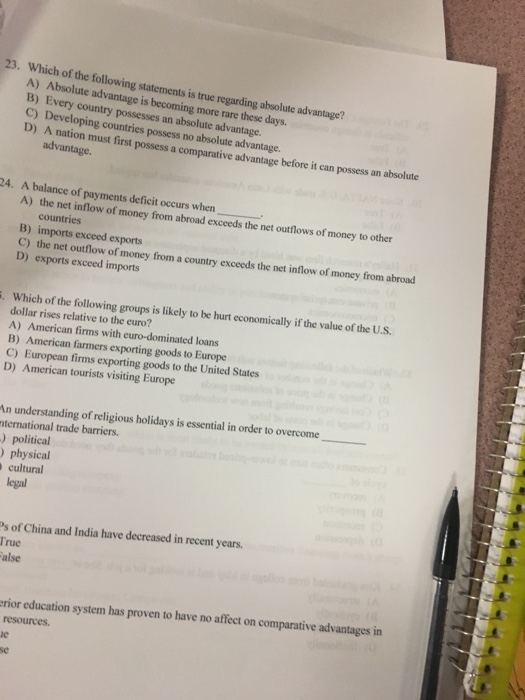 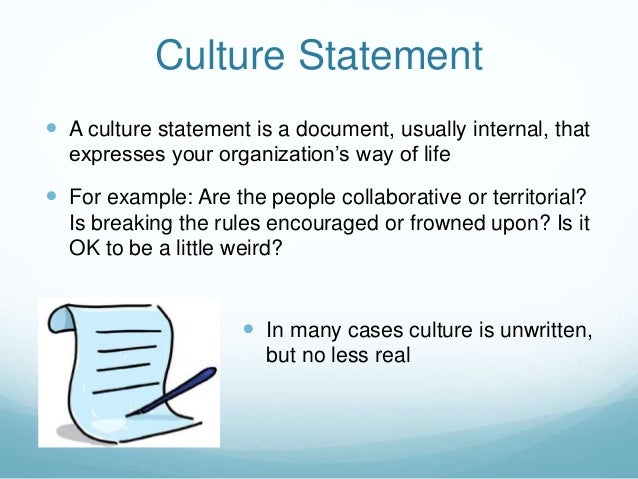 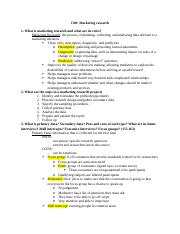 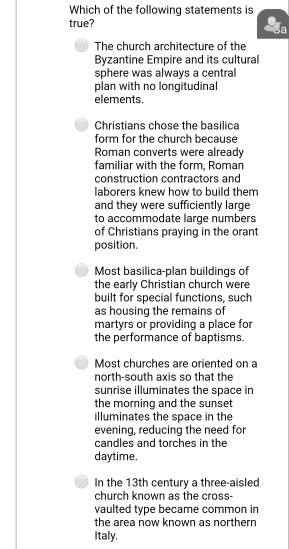