Texas is the second-most populous U.S. state, with an estimated July 2019 population of 28.996 million.[1] In recent decades, it has experienced strong population growth. Texas has many major cities and metropolitan areas, along with many towns and rural areas. Much of the population is in the major cities of Houston, San Antonio, Dallas, Fort Worth, Austin, and El Paso.

The 2010 US Census recorded Texas as having a population of 25.1 million—an increase of 4.3 million since the year 2000, involving an increase in population in all three subcategories of population growth: natural increase (births minus deaths), net immigration, and net migration. Texas passed New York in the 1990s to become the second-largest U.S. state in population, after California. The state also is the most populous state in the South Central United States, and the most populous state in the South.[4]

Texas’ population growth between 2000 and 2010 represents the highest population increase, by number of people, for any U.S. state during this time period. The large population increase can somewhat be attributed to Texas’ relative insulation from the US housing bubble.

As of 2012, the state has an estimated 4.1 million foreign-born residents, constituting approximately 15% of the state population.[5] An estimated 1.7 million people are undocumented immigrants.[6]

The center of population of Texas is located at

English Americans predominate in eastern, central, and northern Texas; German Americans, in central and western Texas. African Americans, who historically made up one-third of the state population, are concentrated in parts of northern, eastern and east-central Texas as well as in the Dallas-Fort Worth, Houston and San Antonio metropolitan areas.

As in other Southern states settled largely in the 19th century, the vast majority have European ancestry: Irish, English and German.[9] Texas includes a diverse set of European ancestries, due both to historical patterns of settlement from the Southeastern United States, as well as contemporary dynamics. Frontier Texas saw settlements of Germans, particularly in Fredericksburg and New Braunfels. Many Romanians, Dutch, Germans from Switzerland and Austria, Poles, Russians, Swedes, Norwegians, Czechs, Slovaks, Italians, and French immigrated at least in part because of the European revolutions of 1848. This immigration continued until World War I and the 1920s. The influence of these diverse European immigrants survives in the town names, architectural styles, music, and cuisine in Texas.

Lavaca County, for example, is over one-quarter Czech American, Seguin has a large Slovak American community, and Nederland has many Dutch Americans whose ancestors immigrated from the Netherlands.

In the 1980 United States Census the largest ancestry group reported in Texas was English, forming 3,083,323 or 27% of the population.[9] Their ancestry primarily goes back to the original thirteen colonies and for this reason many of them today simply claim American ancestry.

As of 2010, 37% of Texas residents had Hispanic ancestry; these include recent immigrants from Mexico, Central America, and South America, as well as Tejanos, whose ancestors have lived in Texas as early as the 1700s. Tejanos are the largest ancestry group in southern Duval County and amongst the largest in and around Bexar County, including San Antonio, where over one million Hispanics live. The state has the second largest Hispanic population in the United States, behind California.

Hispanics dominate southern, south-central, and western Texas and form a significant portion of the residents in the cities of Dallas, Houston, and Austin. The Hispanic population contributes to Texas having a younger population than the American average, because Hispanic births have outnumbered non-Hispanic white births since the early 1990s. In 2007, for the first time since the early nineteenth century, Hispanics accounted for more than half of all births (50.2%), while non-Hispanic whites accounted for just 34%.

Texas has one of the largest African-American populations in the country.[11] African Americans are concentrated in northern, eastern and east central Texas as well as the Dallas, Houston and San Antonio metropolitan areas. African Americans form 24 percent of both the cities of Dallas and Houston, 19% of Fort Worth, 8.1 percent of Austin, and 7.5 percent of San Antonio. They form a majority in sections of eastern San Antonio, southern Dallas, eastern Fort Worth, and southern Houston. A strong labor market between 1995 and 2000 contributed to Texas being one of three states in the South receiving the highest numbers of black college graduates in an increasing New Great Migration.[11]

See also: History of the Chinese Americans in Texas

As of 2016, there is also an emerging Asian immigrant population in Amarillo consisting primarily of Southeast Asian refugees.

Native American tribes who once lived or resettled inside the boundaries of present-day Texas include the Alabama, Apache, Atakapan, Bidai, Caddo, Cherokee, Chickasaw, Choctaw, Comanche, Coushatta, Hueco, the Karankawa of Galveston, Kiowa, Lipan Apache, Muscogee, Natchez, Quapaw, Seminole, Tonkawa, Wichita, and many others.

According to Steve H. Murdock, a demographer with the Hobby Center for the Study of Texas at Rice University and a former director of the U.S. Census Bureau, the White American population is aging, while minority populations remain relatively young. As of 2011, according to Murdock, two out of three children in Texas are not non-Hispanic Whites. Murdock also predicted that, between 2000 and 2040 (assuming that the net migration rate will equal half that of 1990-2000), Hispanic public school enrollment will increase by 213 percent, while non-Hispanic white enrollment will decrease by 15 percent.[14]

Note: Births in table don’t add up, because Hispanics are counted both by their ethnicity and by their race, giving a higher overall number.

Texas is a part of the strongly socially conservative, Evangelical Protestant Bible Belt.[24] The Dallas-Fort Worth area is home to three major evangelical seminaries and several of America’s largest megachurches, including the Potter’s House pastored by T.D Jakes and Prestonwood Baptist pastored by Jack Graham. Houston is home to the largest church in the nation, Lakewood Church, pastored by Joel Osteen. Lubbock, Texas has the most churches per capita in the nation.[24]

Other religious groups in Texas include Jewish Texans. Most of the state’s estimated 128,000 Jews live in or around Dallas and Houston.[26]

The state has three cities with populations exceeding one million: Houston, San Antonio, and Dallas.[27] These three rank among the 10 most populous cities of the United States. As of 2010, six Texas cities had populations greater than 600,000 people. Austin, Fort Worth, and El Paso are among the 20 largest U.S. cities. Texas has four metropolitan areas with populations greater than a million: Dallas–Fort Worth–Arlington, Houston–Sugar Land–Baytown, San Antonio–New Braunfels, and Austin–Round Rock–San Marcos. The Dallas–Fort Worth and Houston metropolitan areas number about 6.3 million and 5.7 million residents, respectively.

Largest city in Texas by year[28]Year(s)

Three interstate highways—I-35 to the west (Dallas–Fort Worth to San Antonio, with Austin in between), I-45 to the east (Dallas to Houston), and I-10 to the south (San Antonio to Houston) define the Texas Urban Triangle region. The region of 60,000 square miles (160,000 km2) contains most of the state’s largest cities and metropolitan areas as well as 17 million people, nearly 75 percent of Texas’s total population.[32] Houston and Dallas have been recognized as beta world cities.[33] These cities are spread out amongst the state. Texas has 254 counties, which is more than any other state by 95 (Georgia).[34]

In contrast to the cities, unincorporated rural settlements known as colonias often lack basic infrastructure and are marked by poverty.[35] The office of the Texas Attorney General stated, in 2011, that Texas had about 2,294 colonias and estimates about 500,000 lived in the colonias. Hidalgo County, as of 2011, has the largest number of colonias.[36] Texas has the largest number of people of all states, living in colonias.[35]

^ a b “Adults in Texas”. Pew Research Center. 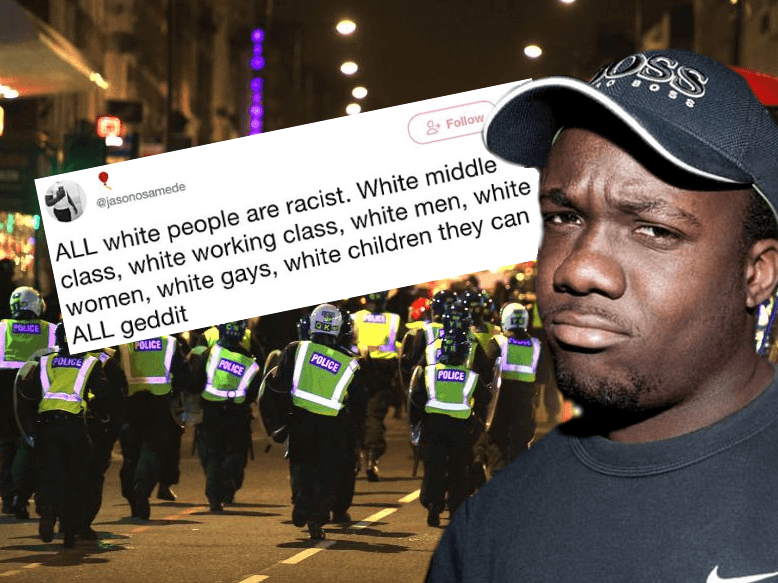 Formation of Texas Entities FAQs – The Texas Business Organizations Code does not impose any age requirements on who can be an owner, officer, or director in a business entity. An entity's registered office must be a physical address in Texas where the registered agent can be personally served with process during business hours.East Texas is a distinct cultural, geographic, and ecological region in the U.S. state of Texas. According to the Handbook of Texas, the East Texas area "may be separated from the rest of Texas roughly by a line extending from the Red River in north-central Lamar County southwestward to…Which racial or ethnic group in Texas is concentrated in East Texas? A. Caucasian Americans B. German Americans C. Asian Americans D. African Which statement regarding urbanization in Texas is incorrect? A. the origins of cities in Texas are found in Native American civilizations.

East Texas – Wikipedia – The difference between East Texas and those places are the east texans that moved to the bigger cities over time kept there East I've been to so many places in East Texas and can tell you culturally it's a different fell from the rest of Texas.Houston, (Texas largest city and the fourth largest city in the country) has a democrat Mayor and so does Dallas and Austin. San Antonio has an independent mayor who's not The shift in Texas is attributed largely to the influx of illegal immigrants (imported Democrat voters) and liberals who have…73 hate groups said to be in Texas. Mary Claire Patton. There are 1,020 active hate groups in the country, including 73 in Texas and at least four based in San Antonio. The SPLC, a nonprofit focusing on legal advocacy and civil rights, documented 103 more groups than the group counted in July… 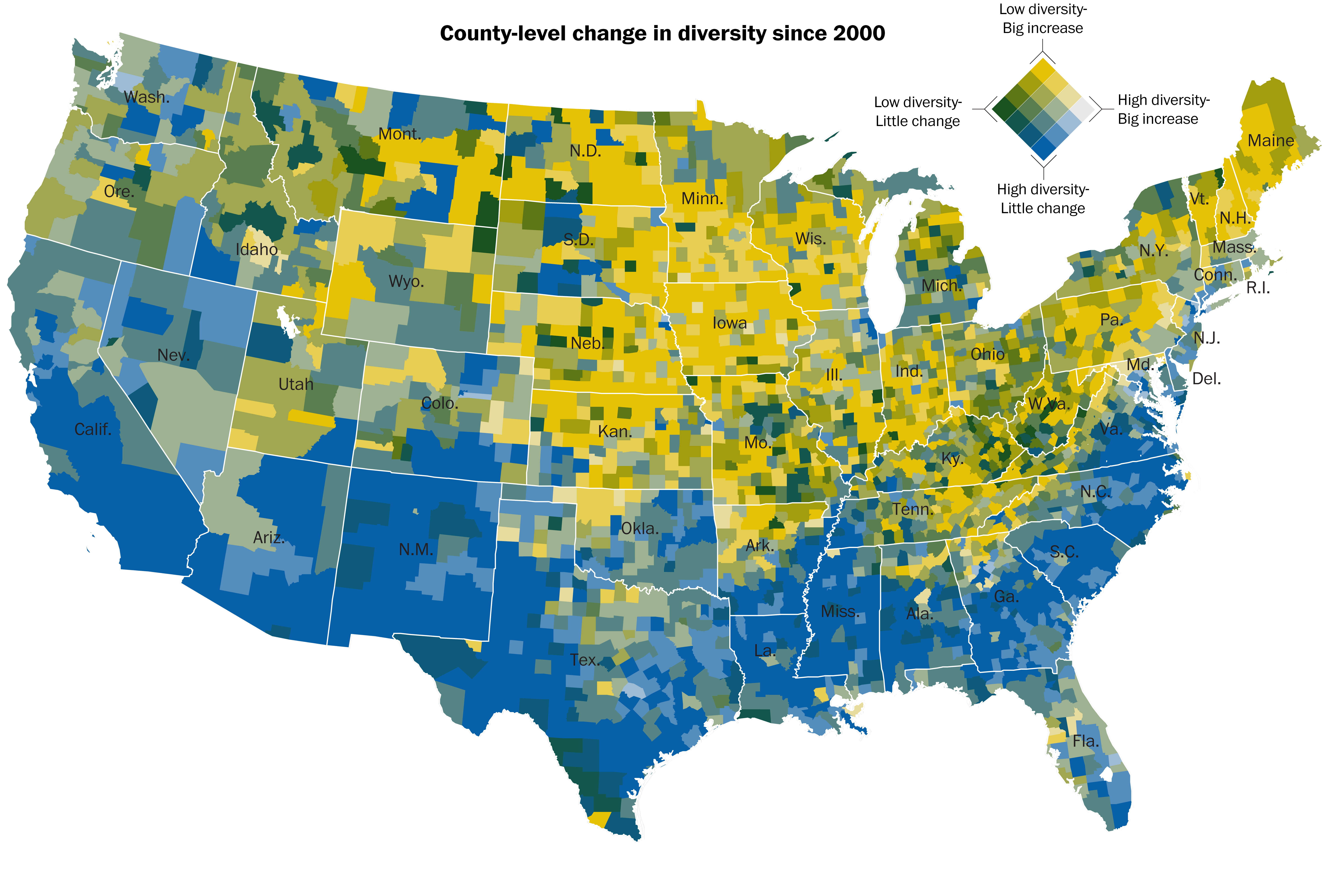 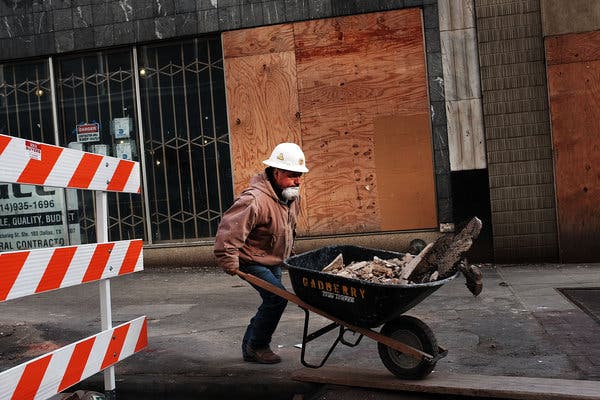 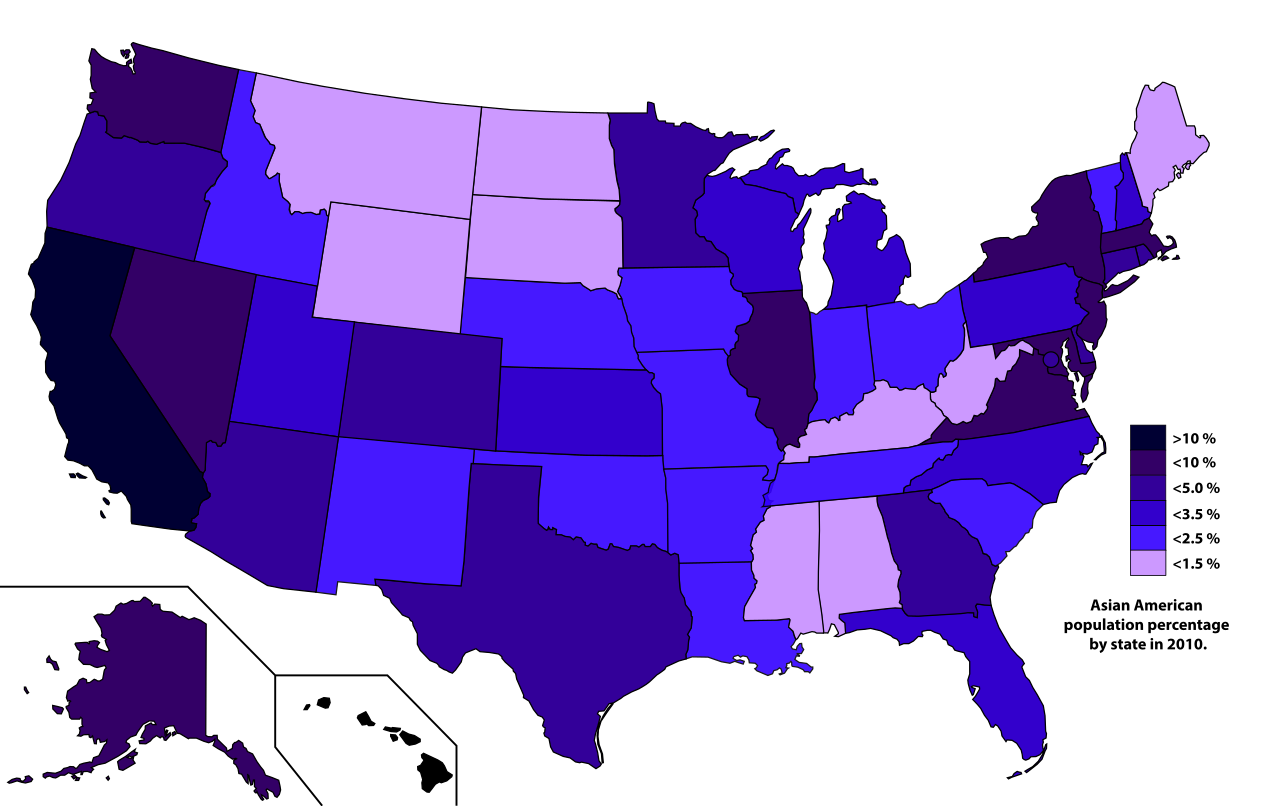 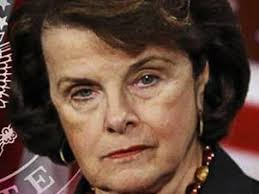 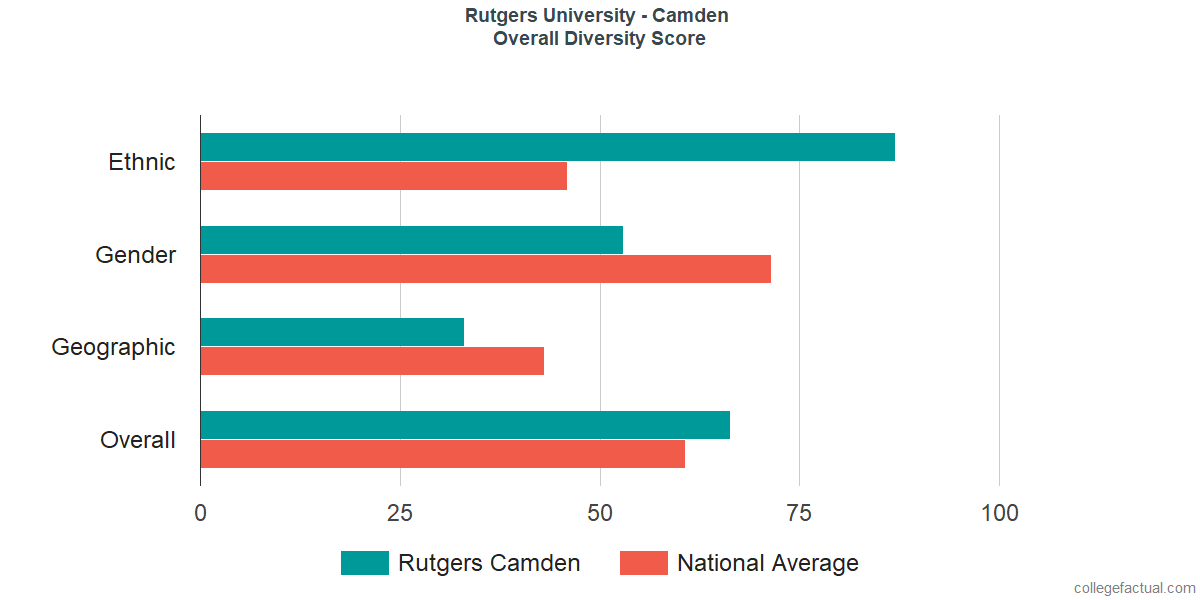