Hamlet’s Soliloquy, “To Be Or Not To Be,” A Modern English Translation

Hamlet’s Soliloquy, “To Be Or Not To Be,” a Modern English Translation

There’s more to it, of course, than “to be or not to be.” Here are some features the speech that you may not have been aware of.

First, here is Hamlet’s soliloquy in its entirety.

To be, or not to be? That is the question—

Whether ’tis nobler in the mind to suffer

The slings and arrows of outrageous fortune,

Or to take arms against a sea of troubles,

And, by opposing, end them? To die, to sleep—

No more—and by a sleep to say we end

The heartache and the thousand natural shocks

That flesh is heir to—’tis a consummation

Devoutly to be wished! To die, to sleep.

To sleep, perchance to dream—ay, there’s the rub,

For in that sleep of death what dreams may come

When we have shuffled off this mortal coil,

Must give us pause. There’s the respect

That makes calamity of so long life.

For who would bear the whips and scorns of time,

The pangs of despised love, the law’s delay,

The insolence of office, and the spurns

With a bare bodkin? Who would fardels bear,

To grunt and sweat under a weary life,

But that the dread of something after death,

The undiscovered country from whose bourn

No traveler returns, puzzles the will

And makes us rather bear those ills we have

Than fly to others that we know not of?

Thus conscience does make cowards of us all,

And thus the native hue of resolution

Is sicklied o’er with the pale cast of thought,

And enterprises of great pitch and moment

With this regard their currents turn awry,

And lose the name of action. —Soft you now,

The fair Ophelia! —Nymph, in thy orisons

Be all my sins remembered.

The speech is a stunning work of art and the most-studied of all of Shakespeare’s plays. It is best untampered. However, a modern English rendering can untangle some of the puzzling lines and Elizabethan turns of phrase.

To live, or to die? That is the question.

Is it nobler to suffer through all the terrible things

fate throws at you, or to fight off your troubles,

and, in doing so, end them completely?

To die, to sleep—because that’s all dying is—

and the thousand injuries that we are vulnerable to—

that’s an end to be wished for!

To die, to sleep. To sleep, perhaps to dream—yes,

dreams that might come in that sleep of death—

after you have left behind your mortal body—

are something to make you anxious.

That’s the consideration that makes us suffer

the calamities of life for so long.

Because who would bear all the trials and tribulations of time—

the oppression of the powerful, the insults from arrogant men,

the pangs of unrequited love, the slowness of justice,

the disrespect of people in office,

and the general abuse of good people by bad—

when you could just settle all your debts

using nothing more than an unsheathed dagger?

Who would bear his burdens, and grunt

and sweat through a tiring life, if they weren’t frightened

that undiscovered country from which no visitor returns,

which we wonder about and which makes us

prefer the troubles we know rather than fly off

to face the ones we don’t? Thus, the fear of

death makes us all cowards, and our natural

willingness to act is made weak by too much thinking.

Actions of great urgency and importance

get thrown off course because of this sort of thinking,

and they cease to be actions at all.

But wait, here is the beautiful Ophelia!

[To OPHELIA] Beauty, may you forgive all my sins in your prayers.

In the soliloquy there is more than just the famous line “to be or not to be.”  You may have heard these Shakespearean quotes as well.

Whether ’tis nobler in the mind to suffer / The slings and arrows of outrageous fortune / Or to take arms against a sea of troubles.
To die, to sleep. / To sleep, perchance to dream
Ay, there’s the rub,
Shuffled off this mortal coil
The pangs of despised love
To grunt and sweat under a weary life
Thus conscience does make cowards of us all
All my sins remembered.

Understanding Hamlet’s Soliloquy, and the meaning of ‘To be or not to be’

What is the meaning of Hamlet’s soliloquy? Here’s a brief explanation of the meaning and themes, drawn from LitCharts’s comprehensive literary guide to Hamlet.

While Polonius and Claudius hide and eavesdrop, Hamlet breaks into this most famous soliloquy, perhaps the best-known speech in the English language. Hamlet returns to the question of suicide, wondering if it would be preferable to end his life or not.

Though Hamlet’s language has grown more direct from its earlier references to “dew,” it still speaks to his passivity in the face of desperation. He phrases the question of death in the abstract with the infinitive verb forms “to be, or not to be”—and makes it “the question” of humanity, as opposed to a personal matter. These choices imply that the decision whether or not to exist is a constant struggle for each person, a struggle that Hamlet tries to mediate through the metric of what is “nobler in the mind.” This phrase implies that death is evaluated based on the perceived correctness or social value, as opposed to, say, a universal ethical system.

For the two options themselves, Hamlet chooses evocative images: “To be” is put in relatively more passive terms as a continuous process of “suffering” an onslaught of external attacks from “outrageous fortune”—that is to say, the constant influx of events that cannot be shifted in one’s destiny. Suicide, on the other hand, is presented as an active fight that wages war on “a sea of troubles” and, indeed, is successful in the endeavor. The phrase “by opposing end them” seems noble or glorious, but what it literally means is to vanquish one’s “outrageous fortune” by ending one’s life. Thus Hamlet presents his lack of suicide not as the result of insufficient desperation, but rather his apathy from wishing to take on such a fight. Life becomes, for him, a constant decision of whether he will finally arrive at sufficient motivation to shift course and end his and/or Claudius’s life.

Hamlet wasn’t alone while he uttered his soliloquy. According to the definition of soliloquy, “usually, no other characters are present.” In Hamlet’s case, Ophelia is positioned nearby, while Claudius and Polonius are hiding.
The scene, Act III, Scene I, in which Hamlet delivers his soliloquy is often called the “nunnery scene.” Hamlet vituperates against Ophelia by telling her to “get thee to a nunnery.”
According to legend, Hamlet is being performed somewhere in the world every minute of every day. (I’m unaware of where this bit of trivia originated, but its veracity is dubious.)
The play, set in Denmark, is set, more specifically, in the Kronborg Castle of Helsingør. And, yes, you can rent the castle.
The ‘to be or not to be’ soliloquy is 33 lines long and consists of 262 words.
The Lion King is the closest a popular Disney movie has come to adapting a Shakespeare play, in this case, Hamlet. Other literary works that borrow Hamlet themes are Great Expectations (Charles Dickens), Ulysses (James Joyce) and Tom Jones (Henry Fielding).
Want to read Hamlet in Klingon? You can. Hamlet is one of two Shakespearean plays that have been translated into the language of Star Trek’s Klingons. How do you say “To be or not to be” in Klingon? “taH pagh taHbe’!
Hamlet’s soliloquy takes up to four minutes to perform.
As far as historians can ascertain, the first Hamlet performance was in 1600 or 1601. The acting troupe was the King’s Men, and the venue was, of course, the Globe.
Hamlet, at 4,042 lines, is the longest Shakespearean play. Performances usually last 4-5 hours.
The speech is written in iambic pentameter, and many of the lines have a feminine ending (11 syllables with the ultimate syllable unstressed). Students of Hamlet theorize that the irregularity of the feminine ending lines represents stress or turbulence, which Hamlet is obviously experiencing as he soliloquizes.
The first person to perform Hamlet’s soliloquy was the actor Richard Burbage. Burbage was one of the most sensational actors ever to grace the Globe. He and Shakespeare were close friends.
Shakespeare had a son named Hamnet who died at age 11. It is possible that Shakespeare wrote Hamlet as a response to this personal tragedy.

Watch these famous recitations of the soliloquy.

Here is David Tennant, former Doctor Who, and award-winning Shakespearean actor in his critically acclaimed performance.

This is Kenneth Branagh in his performance of the soliloquy.

And, true to form, Benedict Cumberbatch, seizes the audience with his interpretation. 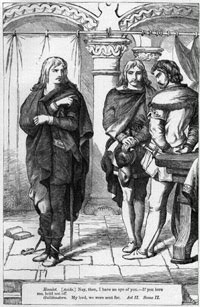 How do Hamlet's Soliloquies reveal his Changing thoughts – A soliloquy is a speech in which a character (in this case Hamlet) reveals to the audience his thoughts and feelings which he is unable to express to other characters in the play. So in other words, soliloquies give a voice to Hamlet's thoughts.What effect do these images have on Olivier's adaptation of Hamlet? They show that Olivier's Hamlet is very angry and forceful. They show that Olivier's Hamlet is very thoughtful and analytical. They show that Olivier's Hamlet is very sorrowful and pained.In Shakespeare's "Hamlet, Prince of Denmark," we can trace Hamlet's mental process through his soliloquies. Hamlet's first soliloquy reveals him to be thoroughly disgusted with Gertrude, Claudius, and the world in general. "How weary, stale, flat and unprofitable, seem to me all the uses of this world" (1284), he said.

Hamlet, part 4: Comparing and contrasting interpretations – The epithet, doubtless intended to differentiate him from the late King Hamlet, is the 1st indication of his youthfulness, emphasized in the early part of the play. Hamlet represents a 21st century person with the same social background. Hamlet's character in the play is of diverse emotions and attitudes towards other characters.In his work, Hamlet, Shakespeare's title character is shown to speak in seven soliloquies. Each soliloquy advances the plot, reveals Hamlet's inner thoughts to the audience, and helps to create an atmosphere in the play. The first soliloquy which Hamlet delivers gives the audience their first glimpse of him as a character.All of Hamlet's seven soliloquies in William Shakespeare's Hamlet, Prince of Denmark reveal Hamlet's grief, indecision, insanity, and revenge; however, the three strongest soliloquies are essential to the reader's understanding of Hamlet's motivation leading to his tragic end.

The Soliloquies of Hamlet | Literature Essay Samples – This soliloquy serves to reveal Hamlet's melancholia and the reasons for his dispair in an outpouring of anger, disgust, sorrow, and grief through which he explains how everything in his life seems futile and miserable.What does this part of the soliloquy reveal about Hamlet? He still loves Ophelia. He believes the ghost was real. He is planning his revenge. He is contemplating suicide.Hamlet's Soliloquy: How all occasions do inform against me (4.4) Commentary Hamlet's final soliloquy appears in Q2 but not in the First Folio.Some critics argue that Shakespeare himself cut the passage from the Folio as he made revisions to his work over the years before his death. 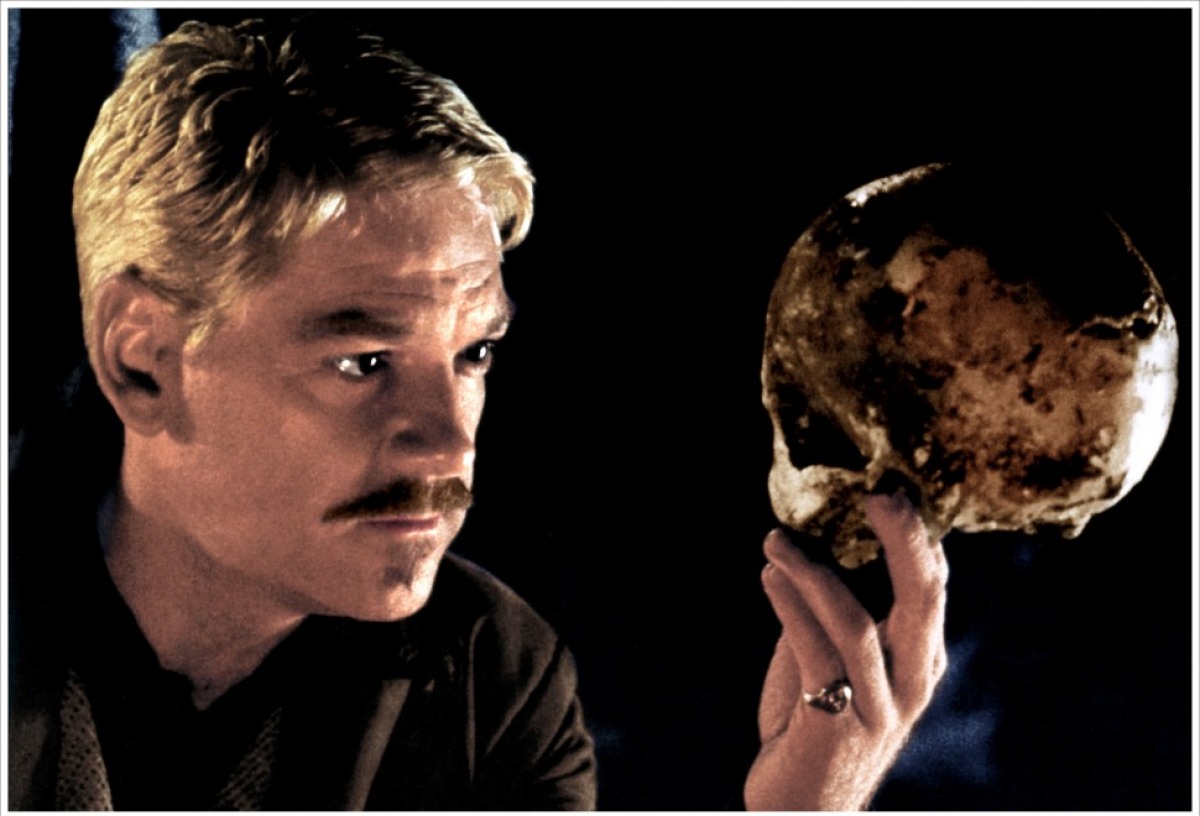 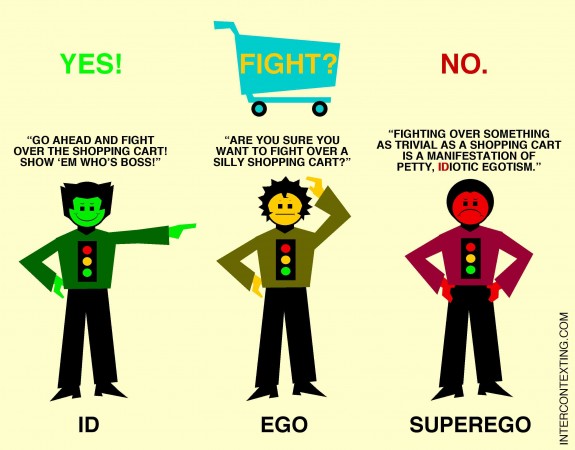 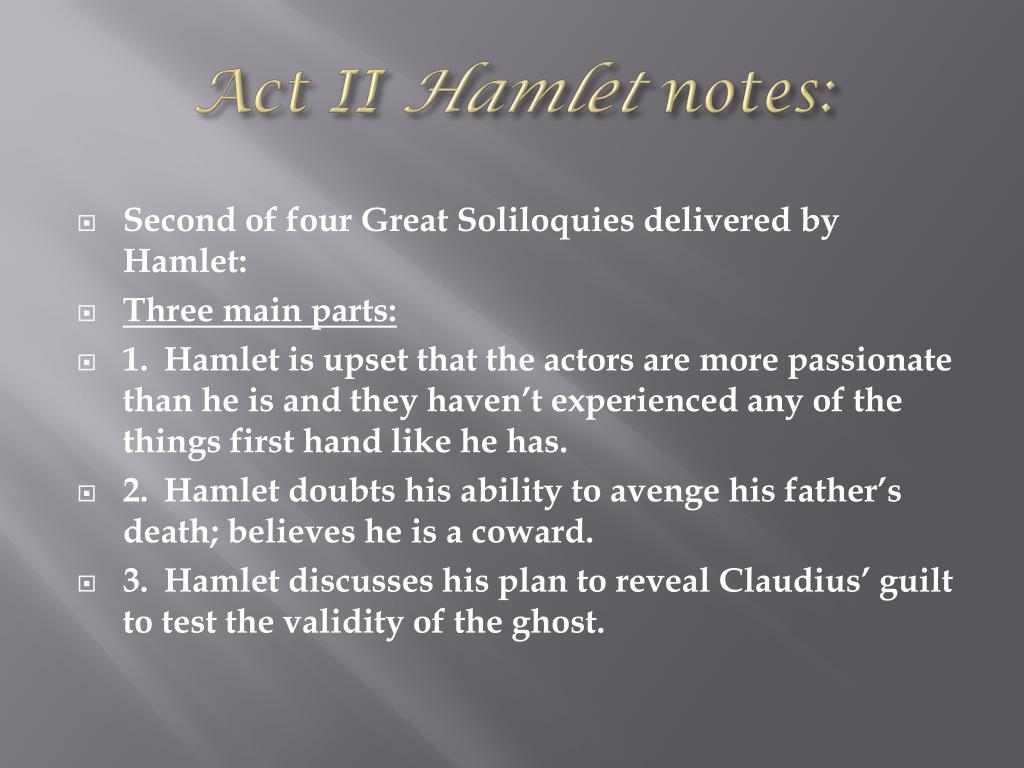 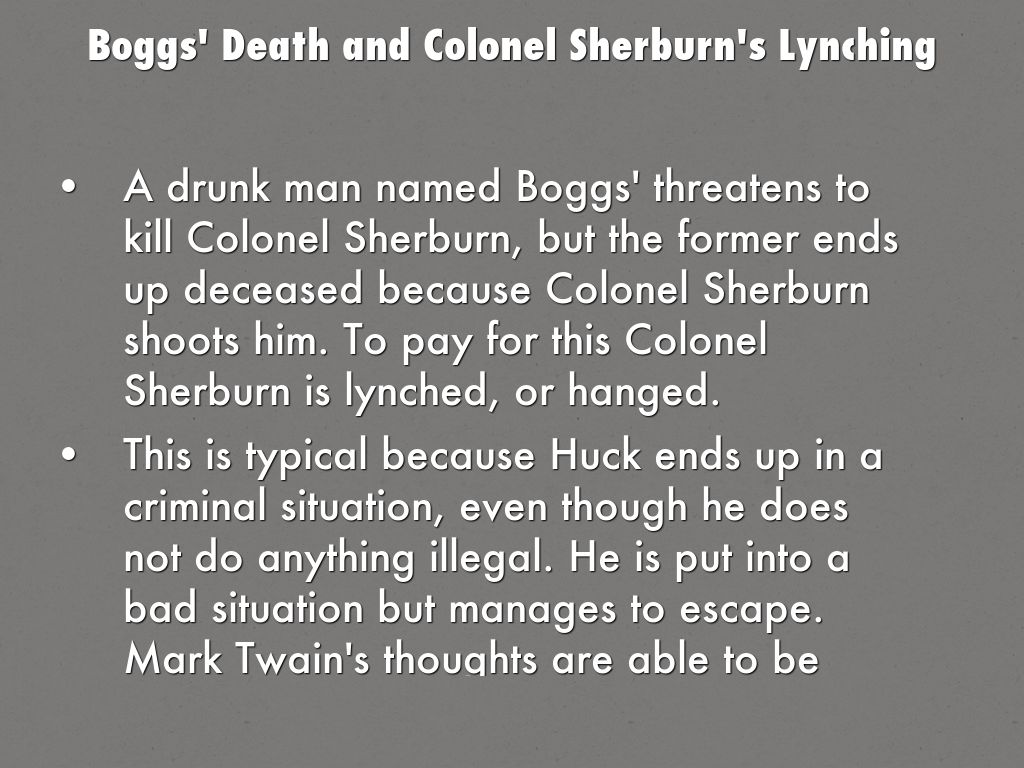