How To Scruff A Ferret Properly? 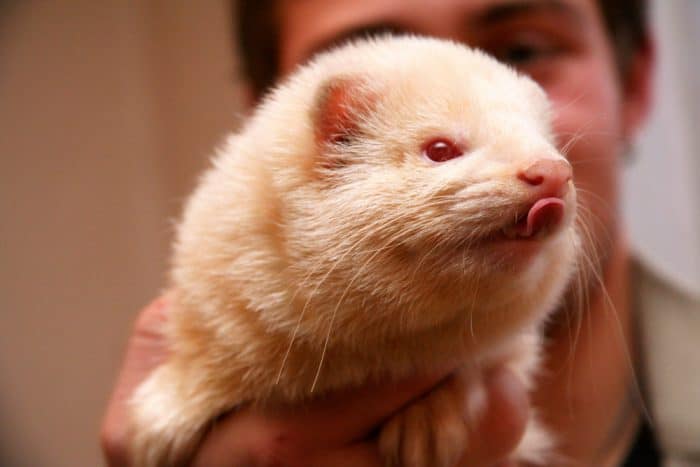 How to Scruff a Ferret Properly?

Ferrets are lively and fun. They are spirited, and sometimes you need to carry it. But properly!

If it falls it will be extremely bad.

Approach it and do it right!

So, how to scruff a ferret properly? Here is a quick video on scruffing your ferret:

Of course, if they don’t feel like being carried they will run off. Good news is that they are obedient when they know it’s playtime or when they want to be carried.

You know how you can catch a cat’s attention and lure it with a fun toy; you can do the same with ferrets. A good head start!

Your ferret pet is likely to come to you naturally without being hesitant or resentful unless it’s nervous or frightened for some reason. In this case, give it some time and allow it to come to you instead of you approaching it.

Keep your body level as low as possible. Otherwise, you’ll seem like a huge, dangerous threat, much like a giant coming for it, not in a nice manner.

So crouch down, be calm and keep your movements still. This will reassure the ferret that there is nothing to be afraid of.

Probably it will come sniffing and inspecting you and if you have opened your palm it will make an inspection to find out what’s going on.

Naturally, this doesn’t go for pet owners with whom the ferret already has established a steady and close bond with.

It already knows you and probably your behavior too.

A sign the ferret trusts you is that it puts its paw in your hand. You can lead it now.

Grab the lose part of the back of their neck and head, firmly but not so much it will hurt them. Don’t lift the ferret up without first grabbing its lower body part and stabilizing it.

A heavier or bigger ferret needs a palm to be placed underneath its lower/back legs by the rare, it will sort of stand on it.

From there you can start lifting it, do it slowly at first till you’ve got the hang of it.

An unsteady and wiggling abdomen will annoy and upset the ferret. A way to tell the pet is still and that the handling is correct is the ferret yawning.

It can, even if it’s not naughty or trying to jump out of your grip, start moving a bit but that’s only normal.

Just be attentive to its movements so you don’t accidentally drop it or injure it somehow.

It can hurt it but it may also cause a traumatic experience which will result in a notion of unsafety and lack of trust if it’s bad enough.

Since they are mammals and can adapt to unkind conditions such as the ones we find in the wild, inappropriate and incautious treatment of the ferret can result in frightening it to the point that it becomes constantly fearful and even aggressive too if it’s been caused much mental disturbance.

It’s most critical in the beginning when the pet still is unfamiliar with you and you are to it still a possible potential threat.

Treating it gently and extra care will prevent trouble later on. How to carry it and hold it in your arms. Not just lifting it fast and quickly, and never do it when it’s asleep.

To the ferret laying down, you are a giant and a scary sight. So what you first need to do is to lower your body and be in line with the pet and from there you carry on to the next step, how to lift it.

Young ferrets that are untrained have more violent behavior. If they have been at other owners, they might be more civilized and trained.

Let the ferrets approach you instead of the reverse since they have a very blurred vision.

Imagine if they have just woken up and are still partly not fully awake and see a big shadow above it.

Animals are like tons of other living creatures different when it comes to personality and behavior.

When it comes down to scruffing and handling them, it is no different.

There is some common ground though. We will bring to light some examples and methods that can be employed.

The patience of course is required; any form of training or disciplinary actions require lots and lots of time.

This is why an immediate positive reaction shouldn’t be expected in order to avoid disappointment and a feeling of being inferior to your pet.

Scruffing is a method used whenever it’s needed to control the movements of the ferret, then the scuffing comes very much in handy. It is also used for disciplinary measures and can be carried out when performing other tasks such as clipping the pet’s toenails.

It’s also good to handle the ferret this way when you need to examine its body for some reason. It’s absolutely vital though, and this point we must stress, if you are not one hundred percent confident about the handling routine do not carry it out!

The results are fatal and can cause the ferret a severe trauma. Under no conditions should you do such a thing? This is the reason you ought to consult someone or read about it thoroughly.

More trained animals are likely easier to handle than those who are not, and pets who are familiar with you will trust you whereas new ones can see you as a hazard and therefore anything uncomfortable will be magnified.

Sometimes scruffing is desired by the pet itself, this is widely common when it wants to play with you or when you scruff it for some other fun or loving treatment. If it’s trained and is accustomed to a certain behavior and pattern or fun trick it will follow you promptly.

There are people who use scruffing as a means of discipline. It could be for training it to do tricks or teach it to behave which sometimes can be a kind of punishment although not a terrible one (which we don’t want and won’t encourage!).

This is one way of controlling it and teaching it something. But there are other methods if this one doesn’t work. A fine way to teach a ferret to do or stop doing something it shouldn’t do is by time-out that should take place in its cage.

However, this isn’t very efficient if there are lots of fun toys and hammocks where it can play or chill and take a nap. Before putting it in the cage, remove the fun stuff and then place the pet in the cage for the time-out. Just make sure it won’t be too long, it will be harsh on the pet, and it will make it scared and sad.

You don’t want to torture it. Another more pleasant method is training it and whenever it’s obedient and does the right actions, give it a treat. Eggs are to their liking, but always remember to avoid chocolate, grapes, and raisins; they are directly dangerous, so keep it to yourself and sugar craving humans!

How do I play with my ferret? There are many ways to play with ferrets. They are pretty social creatures so they will surely love to play with you. It’s critical you play with it yourself, instead of just giving it toys to play with, if it has no other ferrets to play with. Otherwise, it will result in a sad ferret which will develop disturbed socializing patterns that will show around other ferrets if they ever meet any. You can play with it with toys too, in this case, use toys like balls, balls with bells are awesome, but avoid balls made of rubber and latex.

Does the ferret play with other animals, can I have other pets at the same time? Absolutely, you can. If they are other mammals since it won’t play with, say, pet fish, keep them under observation when they play because they’re after all different species. If the ferret is around animals like rabbits, be extra attentive, because they can be disturbed by the scent of the ferret.

3 Ways to Pick Up and Carry a Ferret – wikiHow – The scruff is the loose bunch of skin on the back of your ferret's neck, right below its head. Make sure that you grip the skin close to the ferret's head since this is how mother ferrets carry their young. Pinch this bunch of skin and pull it up slightly. Don't pull the skin so it's completely taut, just enough so your ferret freezes.I just got a new ferret a couple of days ago, she is around 12 weeks old. I have been trying to train her not to bite my hand, which I do by scruffings her until she lets go, and putting her in her cage as a 'time out' returning around 10 minutes later. The second she bites me, playtime is over. The problem is, when she has been out for a while, and is more confident, she can get a good holdWesley models as I demonstrate how to properly scruff a ferret. Scruffing is useful to keep your ferret still while you clip nails, give meds, or even brush … Please follow and like us:

When I scruff my ferret for biting, she bites more – Scruffing is good. If you want to immediately show your ferret who's boss try this one: (Vet taught it to me) Sit on the floor with your ferret. Scruff him, and then GENTLY drag him on the ground a…According to Dr. Foster and Smith, scruffing a ferret the right way is much like the way their mother would carry them around and/or discipline them if they are being naughty. They recommend only scruffing for disciplinary purposes or for grooming and medical care. Here's another video of a cute ferret yawning for your viewing pleasure.Scruffing a ferret is sometimes required to handle a ferret who is sick, injured, trying to escape or refusing to take a medication or have a wound looked at. It is the same concept used by moms 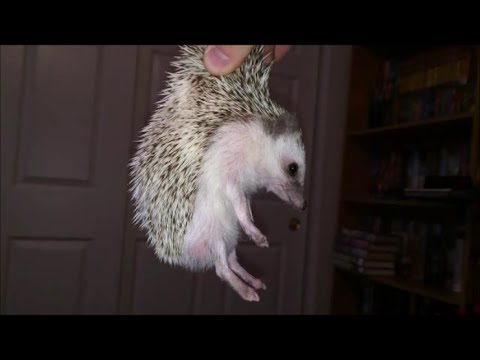 How to Scruff a Ferret – PetLvr Archives – Hold the ferret in your lap and gently scruff them with one hand. Keep their weight entirely in your lap, the scruff should not lift the front paws. Hold food in front of the ferret (you might want to try Scruff N Sample Method 1 first to get them to taste it). DO NOT shove the ferret's face into the food or vice versa!The ferret will go limp and just kind of not move at all. EDIT: Found on another site: If your ferret is biting and other corrective methods aren't working, you can scruff her and say "no" firmly. You can also flip her onto her back while holding her and scruff to put her in a submissive position and show her that you are the dominant one.Scruffing is holding your ferret by the nape or scruff of their neck, much like their mother would. It does not hurt them and can be used to pacify or discipline the ferret. 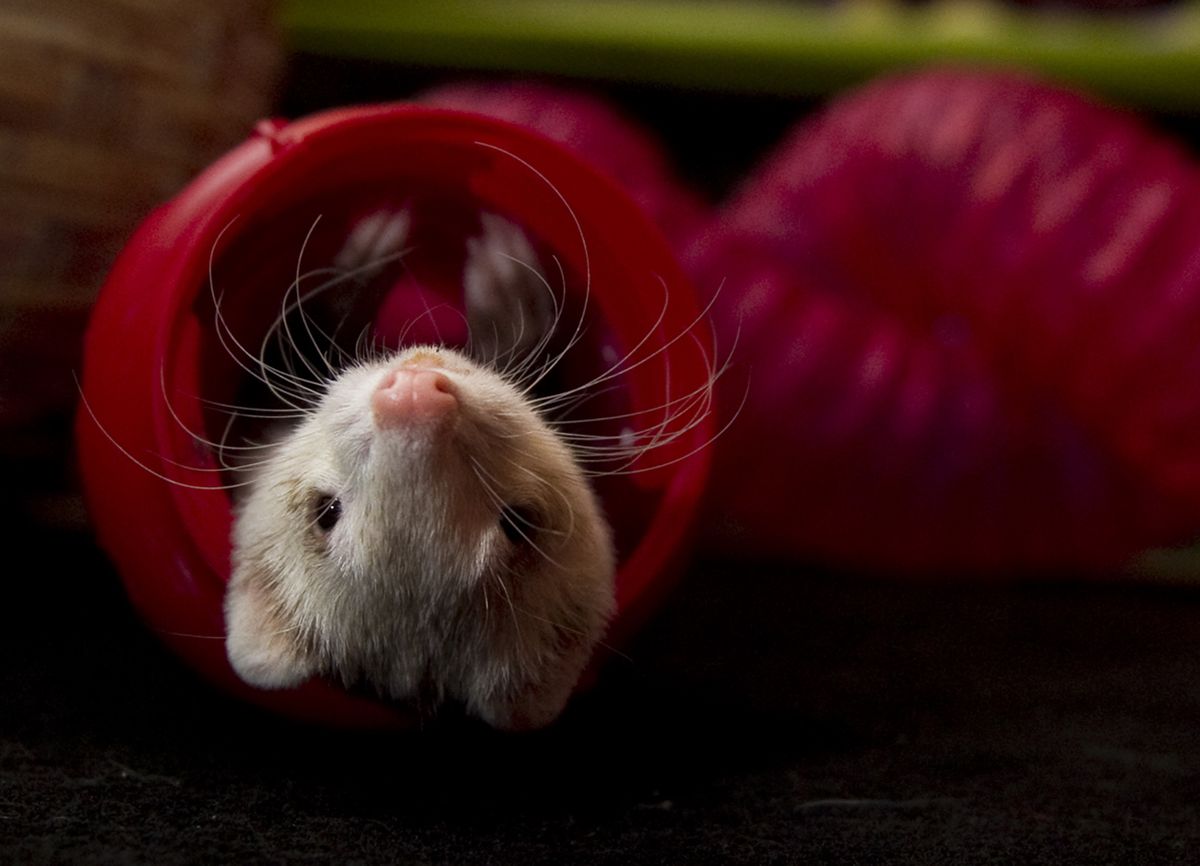 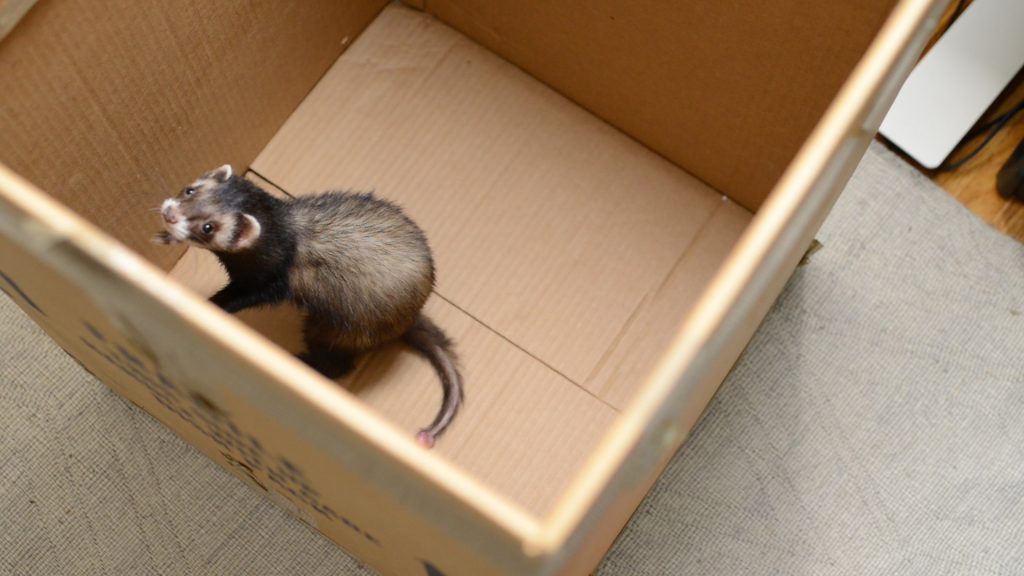 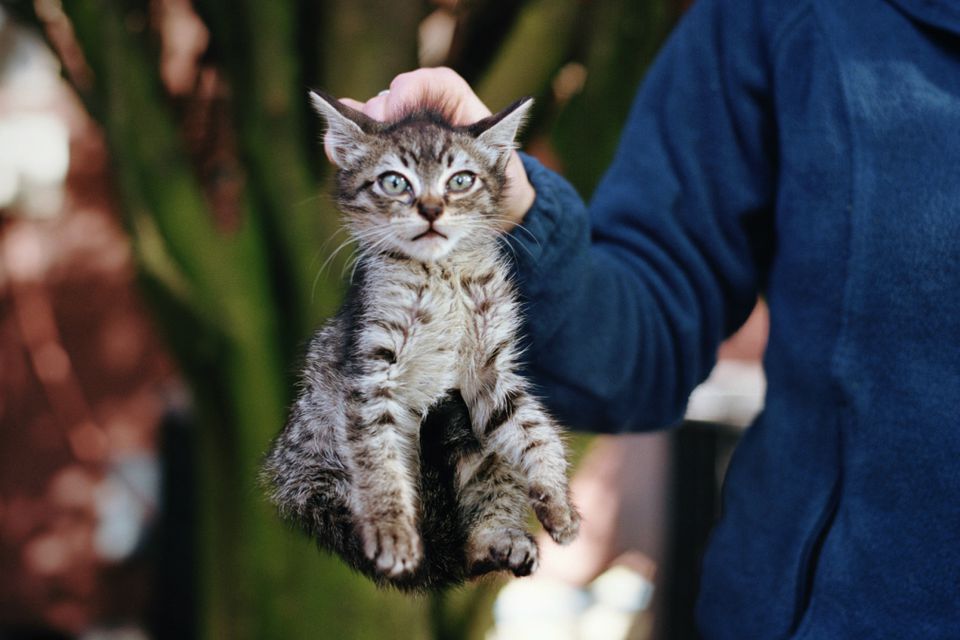 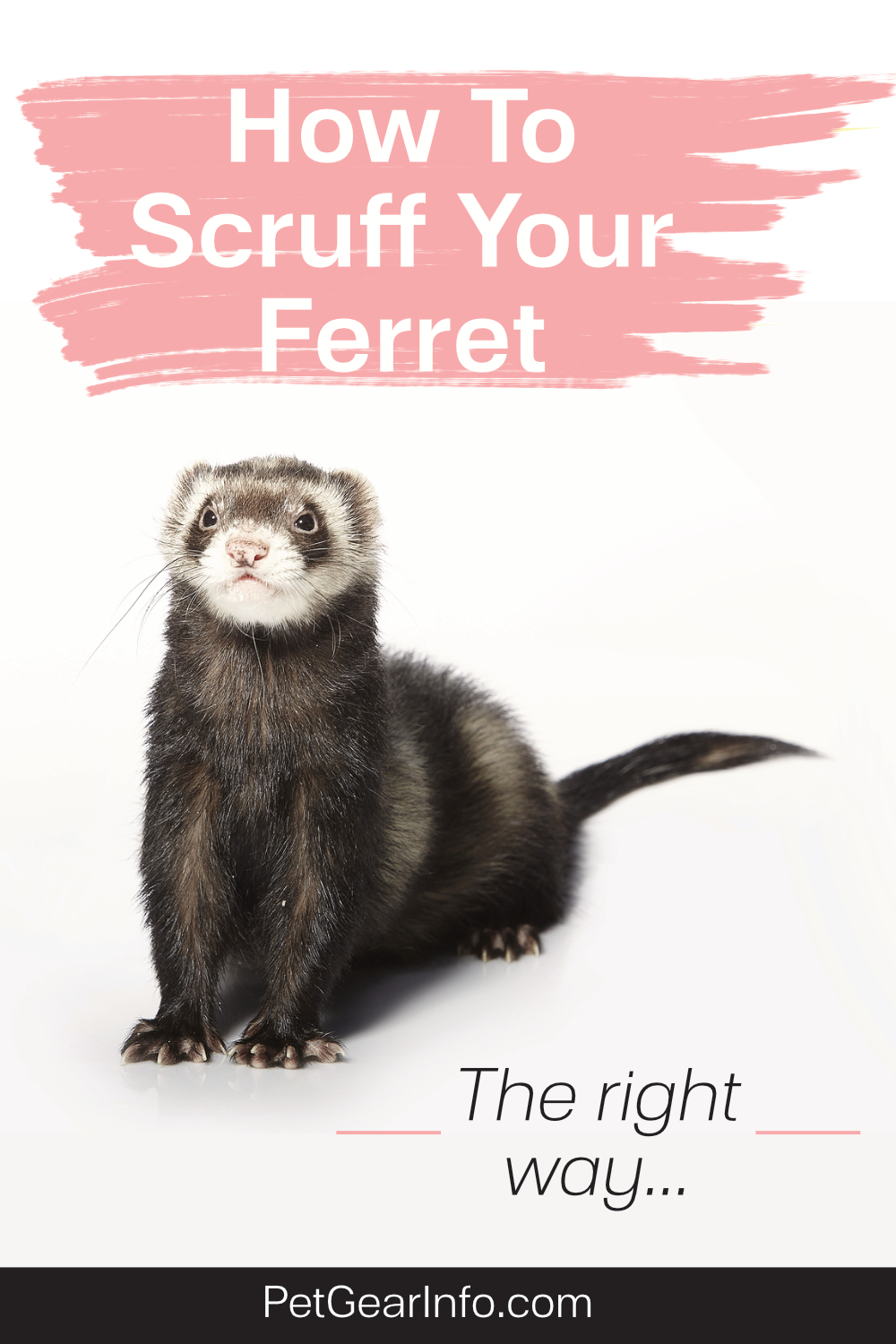 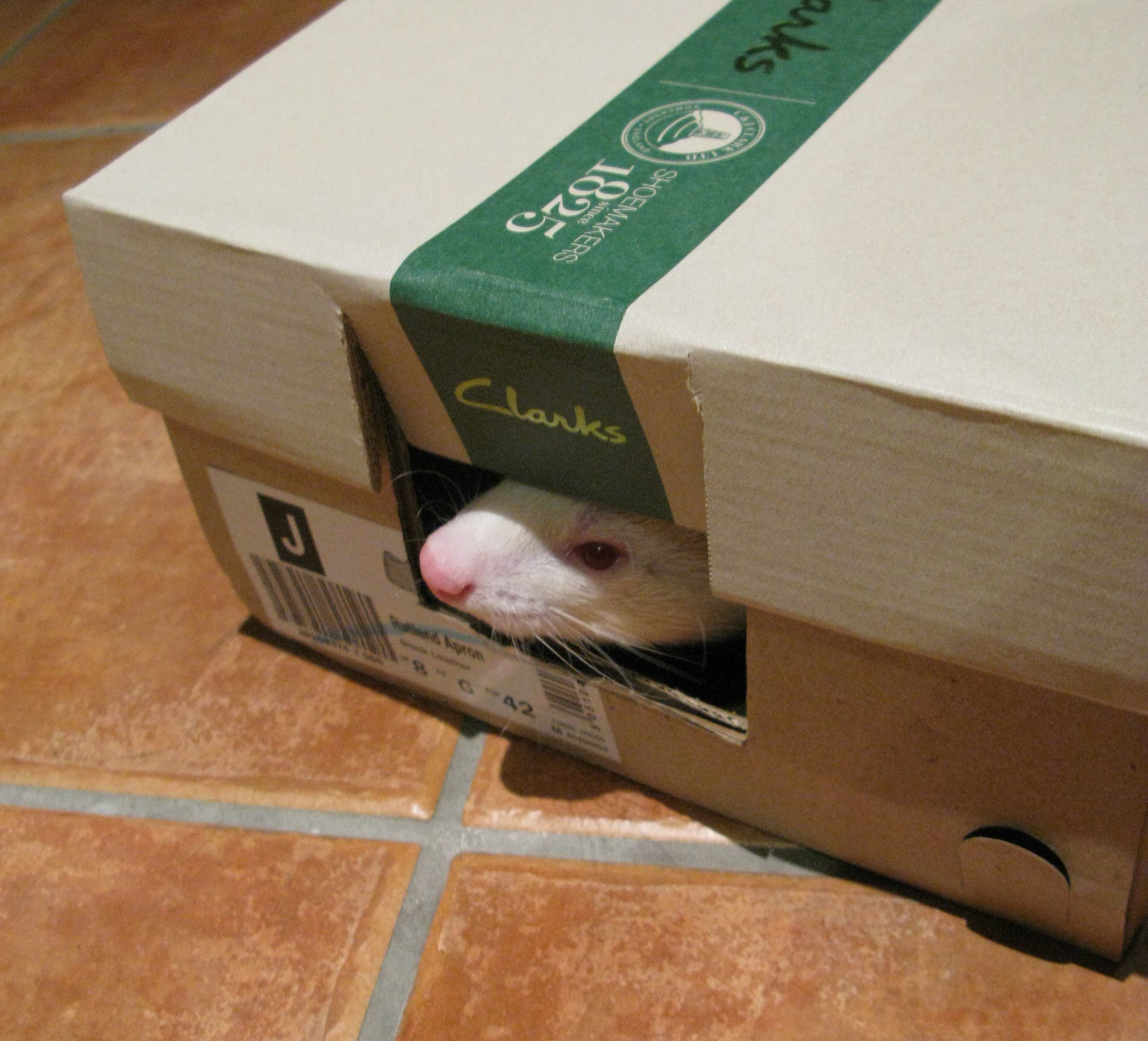 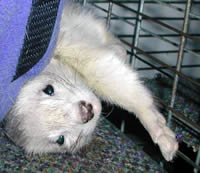