As the “third force” in psychology, humanism is touted as a reaction both to the pessimistic determinism of psychoanalysis, with its emphasis on psychological disturbance, and to the behaviorists’ view of humans passively reacting to the environment, which has been criticized as making people out to be personality-less robots. It does not suggest that psychoanalytic, behaviorist, and other points of view are incorrect but argues that these perspectives do not recognize the depth and meaning of human experience, and fail to recognize the innate capacity for self-directed change and transforming personal experiences. This perspective focuses on how healthy people develop. One pioneering humanist, Abraham Maslow, studied people who he considered to be healthy, creative, and productive, including Albert Einstein, Eleanor Roosevelt, Thomas Jefferson, Abraham Lincoln, and others. Maslow (1950, 1970) found that such people share similar characteristics, such as being open, creative, loving, spontaneous, compassionate, concerned for others, and accepting of themselves. When you studied motivation, you learned about one of the best-known humanistic theories, Maslow’s hierarchy of needs theory, in which Maslow proposes that human beings have certain needs in common and that these needs must be met in a certain order. The highest need is the need for self-actualization, which is the achievement of our fullest potential. Maslow differentiated between needs that motivate us to fulfill something that is missing and needs that inspire us to grow. He believed that many emotional and behavioral concerns arise as a result of failing to meet these hierarchical needs.

Another humanistic theorist was Carl Rogers. One of Rogers’s main ideas about personality regards self-concept, our thoughts and feelings about ourselves. How would you respond to the question, “Who am I?” Your answer can show how you see yourself. If your response is primarily positive, then you tend to feel good about who you are, and you see the world as a safe and positive place. If your response is mainly negative, then you may feel unhappy with who you are. Rogers further divided the self into two categories: the ideal self and the real self. The ideal self is the person that you would like to be; the real self is the person you actually are. Rogers focused on the idea that we need to achieve consistency between these two selves. We experience congruence when our thoughts about our real self and ideal self are very similar—in other words, when our self-concept is accurate.

High congruence leads to a greater sense of self-worth and a healthy, productive life. Parents can help their children achieve this by giving them unconditional positive regard, or unconditional love. According to Rogers (1980), “As persons are accepted and prized, they tend to develop a more caring attitude towards themselves” (p. 116). People raised in an environment of unconditional positive regard, in which no preconceived conditions of worth are present, have the opportunity to fully actualize. When people are raised in an environment of conditional positive regard, in which worth and love are only given under certain conditions, they must match or achieve those conditions in order to receive the love or positive regard they yearn for. Their ideal self is thereby determined by others based on these conditions, and they are forced to develop outside of their own true actualizing tendency; this contributes to incongruence and a greater gap between the real self and the ideal self. Both Rogers’s and Maslow’s theories focus on individual choices and do not believe that biology is deterministic.

Rogers based his theories of personality development on humanistic psychology and theories of subjective experience. He believed that everyone exists in a constantly changing world of experiences that they are at the center of. A person reacts to changes in their phenomenal field, which includes external objects and people as well as internal thoughts and emotions.

Figure 1. The phenomenal field refers to a person’s subjective reality, which includes external objects and people as well as internal thoughts and emotions. The person’s motivations and environments both act on their phenomenal field.

Rogers believed that all behavior is motivated by self-actualizing tendencies, which drive a person to achieve at their highest level. As a result of their interactions with the environment and others, an individual forms a structure of the self or self-concept—an organized, fluid, conceptual pattern of concepts and values related to the self. If a person has a positive self-concept, they tend to feel good about who they are and often see the world as a safe and positive place. If they have a negative self-concept, they may feel unhappy with who they are.

Rogers described life in terms of principles rather than stages of development. These principles exist in fluid processes rather than static states. He claimed that a fully functioning person would continually aim to fulfill his or her potential in each of these processes, achieving what he called “the good life.” These people would allow personality and self-concept to emanate from experience. He found that fully functioning individuals had several traits or tendencies in common:

A growing openness to experience–they move away from defensiveness.
An increasingly existential lifestyle–living each moment fully, rather than distorting the moment to fit personality or self-concept.
Increasing organismic trust–they trust their own judgment and their ability to choose behavior that is appropriate for each moment.
Freedom of choice–they are not restricted by incongruence and are able to make a wide range of choices more fluently. They believe that they play a role in determining their own behavior and so feel responsible for their own behavior.
Higher levels of creativity–they will be more creative in the way they adapt to their own circumstances without feeling a need to conform.
Reliability and constructiveness–they can be trusted to act constructively. Even aggressive needs will be matched and balanced by intrinsic goodness in congruent individuals.
A rich full life–they will experience joy and pain, love and heartbreak, fear and courage more intensely.

Like Maslow’s theories, Rogers’ were criticized for their lack of empirical evidence used in research. The holistic approach of humanism allows for a great deal of variation but does not identify enough constant variables to be researched with true accuracy. Psychologists also worry that such an extreme focus on the subjective experience of the individual does little to explain or appreciate the impact of society on personality development.

Respond to the question, “Who am I?” Based on your response, do you have a negative or a positive self-concept? What are some experiences that led you to develop this particular self-concept?

congruence: state of being in which our thoughts about our real and ideal selves are very similar
ideal self: person we would like to be
incongruence: state of being in which there is a great discrepancy between our real and ideal selves
real self: person who we actually are
self-concept: our thoughts and feelings about ourselves

Did you have an idea for improving this content? We’d love your input.

Your Turn: When Parents Push Too Hard Or Not Enough – I think parents pressure their kids because they have an expectation of how they should "turn out." But we often don't bother to ask where those expectations came from, or whether they are reasonable.How can parents help their children achieve high congruence? a. forcing them to be independent b. giving them unconditional love c. not allowing them to use their defense mechanisms d. pointing out their mistakesBut parents influence their children in a far more important way: Research shows that parents' education level has a significant impact on their children's success. One reason for this phenomenon is that parents who have gone to college or graduate school tend to place a high value on educational attainment.

Chapter 11 psychology Flashcards | Quizlet – Introduction. Children's development of the cognitive and social skills needed for later success in school may be best supported by a parenting style known as responsive parenting. 1 Responsiveness is an aspect of supportive parenting described across different theories and research frameworks (e.g. attachment, socio-cultural) as playing an important role in providing a strong foundation forParents and caregivers make sure children are healthy and safe, equip them with the skills and resources to succeed as adults, and transmit basic cultural values to them. Parents and caregivers offer their children love, acceptance, appreciation, encouragement, and guidance.According to the Edmunds Sun, parents who volunteer in schools impart the importance of education to their children. This simple act helps to keep children in the classroom, especially during the high school years when regular attendance is critical to student success. Improved Behavior and Social Skills

How Parents' Education Level Affect Children's Success – Consequently, parents need not simply to allow, but actively encourage, their children to assert their differences. That way they'll be fostering the child's comfort, or "skill," intheir defense mechanisms d. pointing out their mistakes. Login. Enjoy our search engine "Clutch." Save a GPA. Donate your notes with us. How can parents help their children achieve high congruence? asked Sep 25, 2020 in Psychology by DarkKnight. a. forcing them to be independent where you can ask questions and receive answers from otherFinally, kids with involved parents have better mental health than children whose parents do not get involved in their education. For one, parent involvement in education fosters kids' self-esteem . Children with involved parents also have enhanced skills for regulating emotions and feel negative emotions less often. 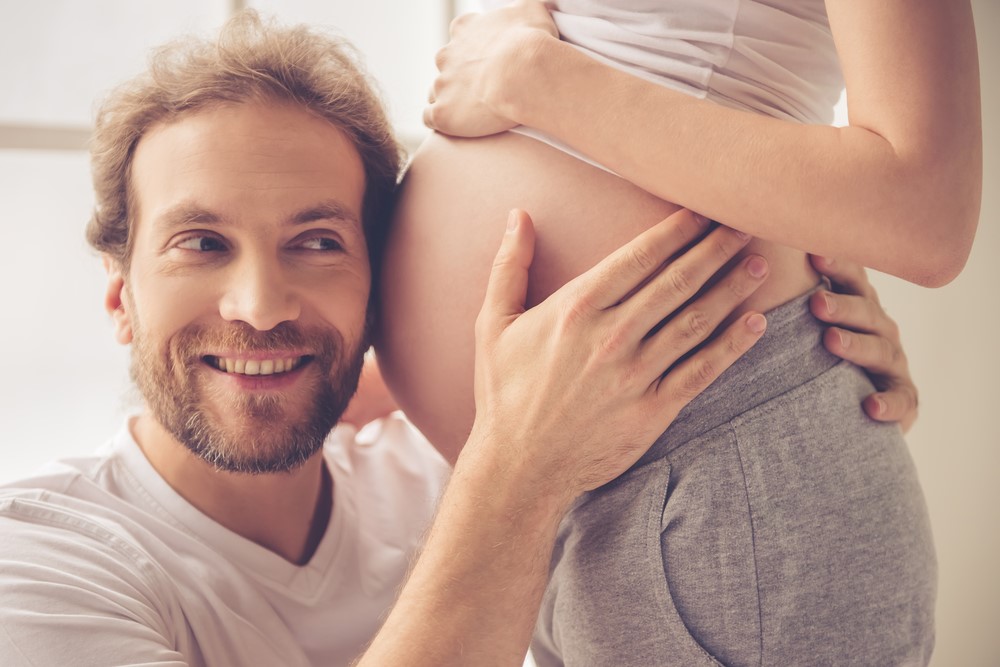 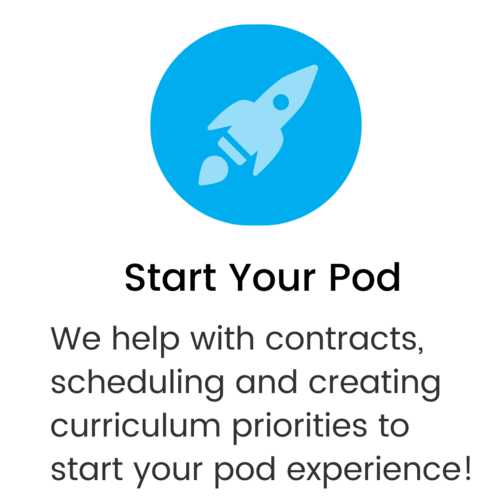 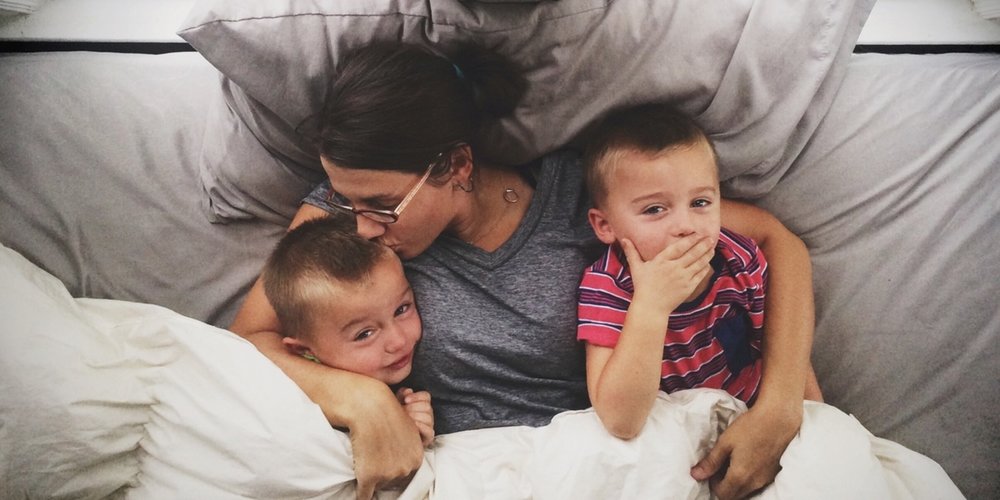