Anhydrous and trihydrate are soluble in alcohol, glycerol[2]Solubility in methanol

Lead(IV) acetate
Except where otherwise noted, data are given for materials in their standard state (at 25 °C [77 °F], 100 kPa).
verify (what is  ?)
Infobox references

Lead(II) acetate (Pb(CH3COO)2), also known as lead acetate, lead diacetate, plumbous acetate, sugar of lead, lead sugar, salt of Saturn, or Goulard’s powder, is a white crystalline chemical compound with a slightly sweet taste. Like many other lead compounds, it is toxic. Lead acetate is soluble in water and glycerin. With water it forms the trihydrate, Pb(CH3COO)2·3H2O, a colourless or white efflorescent monoclinic crystalline substance.

The substance is used as a reagent to make other lead compounds and as a fixative for some dyes. In low concentrations, it is the principal active ingredient in progressive types of hair colouring dyes.[6] Lead(II) acetate is also used as a mordant in textile printing and dyeing, and as a drier in paints and varnishes. It was historically used as a sweetener in wines and in other foods and for cosmetics.

Lead acetate can be made by boiling elemental lead in acetic acid and hydrogen peroxide. This method will also work with lead carbonate or lead oxide.

Lead(II) acetate can also be made via a single displacement reaction between copper acetate and lead metal:

Like other lead(II) salts, lead(II) acetate has a sweet taste, which led to its historical use as a sugar substitute in both wines and foods.[10][11]
The ancient Romans, who had few sweeteners besides honey, would boil must (grape juice) in lead pots to produce a reduced sugar syrup called defrutum, concentrated again into sapa. This syrup was used to sweeten wine and to sweeten and preserve fruit. It is possible that lead(II) acetate or other lead compounds leaching into the syrup might have caused lead poisoning in those who consumed it.[12] Lead acetate is no longer used in the production of sweeteners because of its recognized toxicity. Modern chemistry can easily detect it, which has almost completely stopped the illegal use that continued decades after legal use as a sweetener was banned.[13]

The earliest confirmed poisoning by lead acetate was that of Pope Clement II who died in October 1047. A toxicological examination of his remains conducted in the mid-20th century confirmed centuries-old rumors that he had been poisoned with lead sugar.[14] It is not clear if he was assassinated.

In 1787 painter Albert Christoph Dies swallowed, by accident, approximately 3/4 oz (20 g) of lead acetate. His recovery from this poison was slow and incomplete. He lived with illnesses until his death in 1822.[15][16]

Although the use of lead(II) acetate as a sweetener was already illegal at that time, composer Ludwig van Beethoven may have died of lead poisoning caused by wines adulterated with lead acetate (see also Beethoven’s liver).[17][18]

In the 1850s, Mary Seacole applied lead(II) acetate, among other remedies, against an epidemic of cholera in Panama.[19][20]

In 1887, 38 hunting horses belonging to Captain William Hollwey Steeds were poisoned in their stables at Clonsilla House, Dublin, Ireland. At least ten of the hunters died. Captain Steeds, an ‘extensive commission agent’, had previously supplied the horses for the Bray and Greystones Coach. It transpired they had been fed a bran mash that had been sweetened with a toxic lead acetate.[21]

Lead(II) acetate, as well as white lead, has been used in cosmetics throughout history.[22]

Until recently, it was still used in the USA in men’s hair colouring products[23] like Grecian Formula. It was not until just a few years ago when the manufacturer removed lead acetate from the hair coloring product, and as of July 2018 the ingredients in Grecian Formula are water, isopropyl alcohol, triethanolamine, bismuth citrate, sodium thiosulfate, fragrance, and panthenol. Lead acetate has been replaced by bismuth citrate as the progressive colorant. Its use in cosmetics has been banned in Canada by Health Canada in 2005 (effective at the end of 2006) based on tests showing possible carcinogenicity and reproductive toxicity,[24] and it is also banned in the European Union[24] and has been on the California Proposition 65 warning list as a carcinogen since 1988.[25]

Lead(II) acetate solution was a commonly used folk remedy for sore nipples.[26] In modern medicine, for a time, it was used as an astringent, in the form of Goulard’s Extract, and it has also been used to treat poison ivy.[27]

Lead(II) acetate paper is used to detect the poisonous gas hydrogen sulfide. The gas reacts with lead(II) acetate on the moistened test paper to form a grey precipitate of lead(II) sulfide.

An aqueous solution of lead(II) acetate is the byproduct of a 1:1 ratio of hydrogen peroxide and white vinegar (acetic acid) used in the cleaning and maintenance of stainless steel firearm suppressors (silencers) and compensators. The solution is agitated by the bubbling action of the hydrogen peroxide, and the main reaction is the dissolution of lead deposits within the suppressor by the acetic acid, which forms lead acetate. Because of its high toxicity, this chemical solution must be appropriately disposed by a chemical processing facility or hazardous materials centre. Alternatively, the solution may be reacted with sulfuric acid to precipitate nearly insoluble lead(II) sulfate. The solid may then be removed by mechanical filtration and is safer to dispose of than aqueous lead acetate.

It was also used in making of slow matches during the Middle Ages. It was made by mixing natural form of lead(II) oxide called litharge and vinegar.

Sugar of lead was a recommended agent added to linseed oil during heating to produce “boiled” linseed oil, the lead and heat acting to cause the oil to cure faster than raw linseed oil.[28]

^ Stoeppler, M. (1992), Hazardous Metals in the Environment, Techniques and Instrumentation in Analytical Chemistry, 12, Elsevier, p. 60, ISBN 9780080875606, From the results achieved so far it is obvious that the purity law for lead in wines in the last two centuries was frequently ignored.

^ Gunn, Fenja. (1973). The Artificial Face: A History of Cosmetics. — as cited in Leisure Activities of an 18th Century Lady

^ a b Can West News Service: Grecian Formula in a grey zone after ban Archived 2007-08-08 at the Wayback Machine

^ The Project Gutenberg eBook of The American Frugal Housewife, by Lydia M. Child

vteAcetyl halides and salts of the acetate ion
AcOH 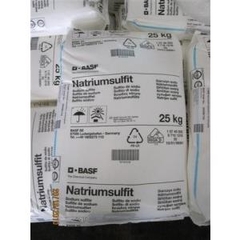 Balance Chemical Equation – Online Balancer – HI+Pb(CH3COO)2 net ionic equation? Answer Save. 2 Answers. Relevance. Anonymous. 9 years ago. Favorite Answer. first you have to solve for it. You've been given the reactant but you need to find the product and precipitate if there are any but by looking at acetate I don't think that it will. It will form PbI2 and acetic acid.››Pb(C2H3O2)2 molecular weight. Molar mass of Pb(C2H3O2)2 = 325.28804 g/mol This compound is also known as Lead(II) Acetate.. Convert grams Pb(C2H3O2)2 to moles or moles Pb(C2H3O2)2 to grams. Molecular weight calculation:Balance the reaction of Mg + Pb(CH3COO)2 = Pb + Mg(CH3COO)2 using this chemical equation balancer! Double Replacement Reaction Calculator (Predictor) | Calistry – Lead(II) acetate, Pb(CH3COO)2, is a white crystalline material with a sweet taste and is also classified by one of the following trivial names: lead sugar, lead sugar, Saturn salt and Goulard powder, respectively. Lead acetate is water and glycerin soluble, and is toxic (like most lead compounds).Question: Is The Aqueous Solution Of Each Of These Salts Acidic Basic Or Neutral. A) Pb(CH3COO)2 B) Cr(NO2)3 C)CaIKI +Pb(CH3COO)2==>KCH3COO +PbI2 1 See answer worldtks is waiting for your help. Add your answer and earn points. SMR2422 SMR2422 2KI + Pb(CH3COO) 2 —-> 2K(CH3COO) +PbI2 New questions in Chemistry. वॉट इस दा मेअनींग ऑफ़ फ़क 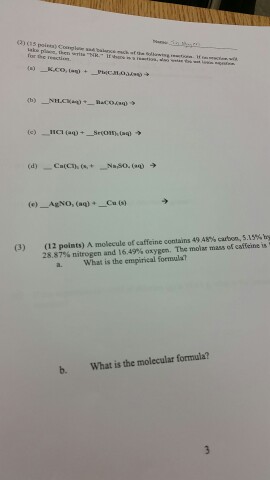 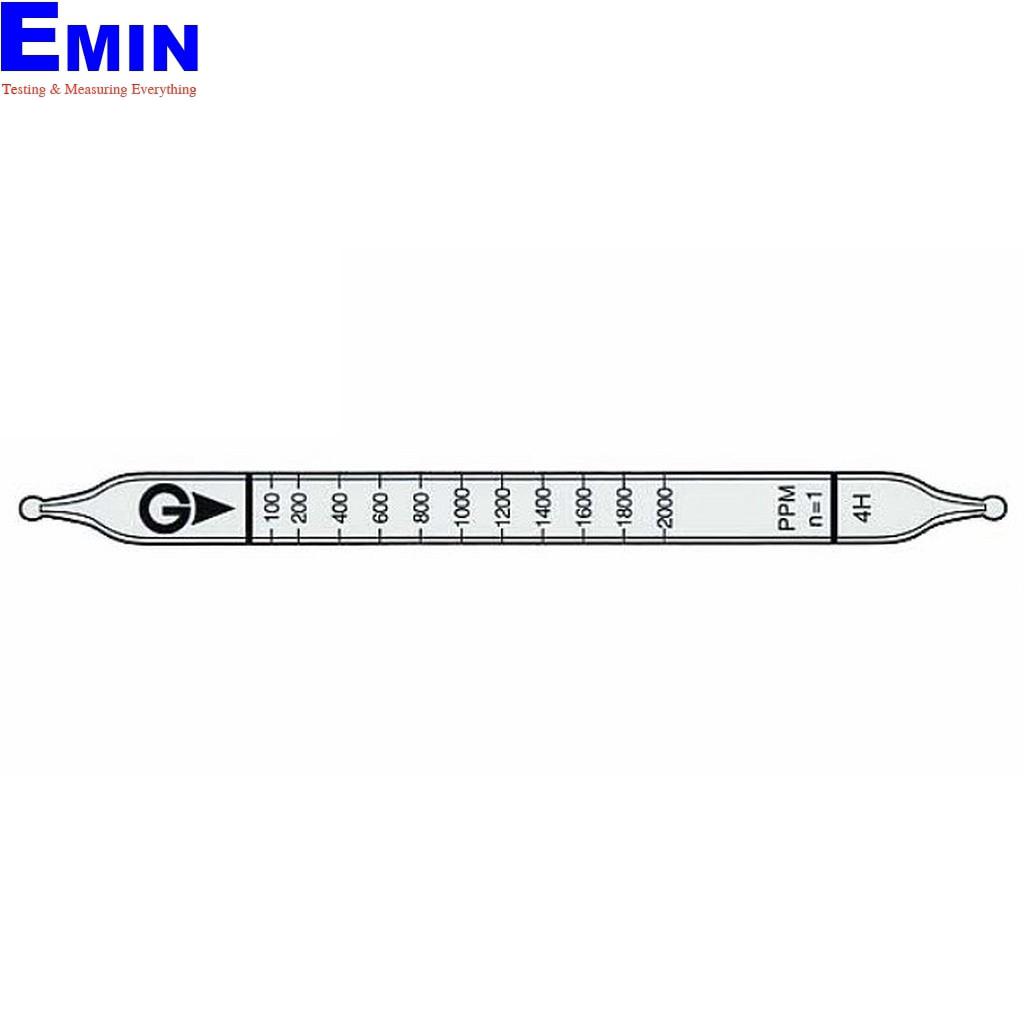 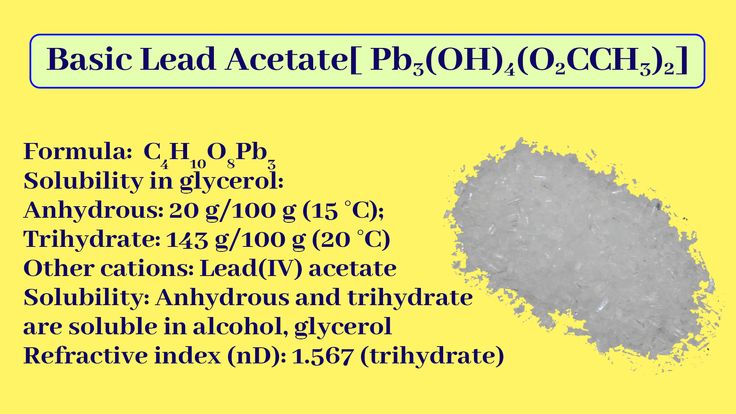 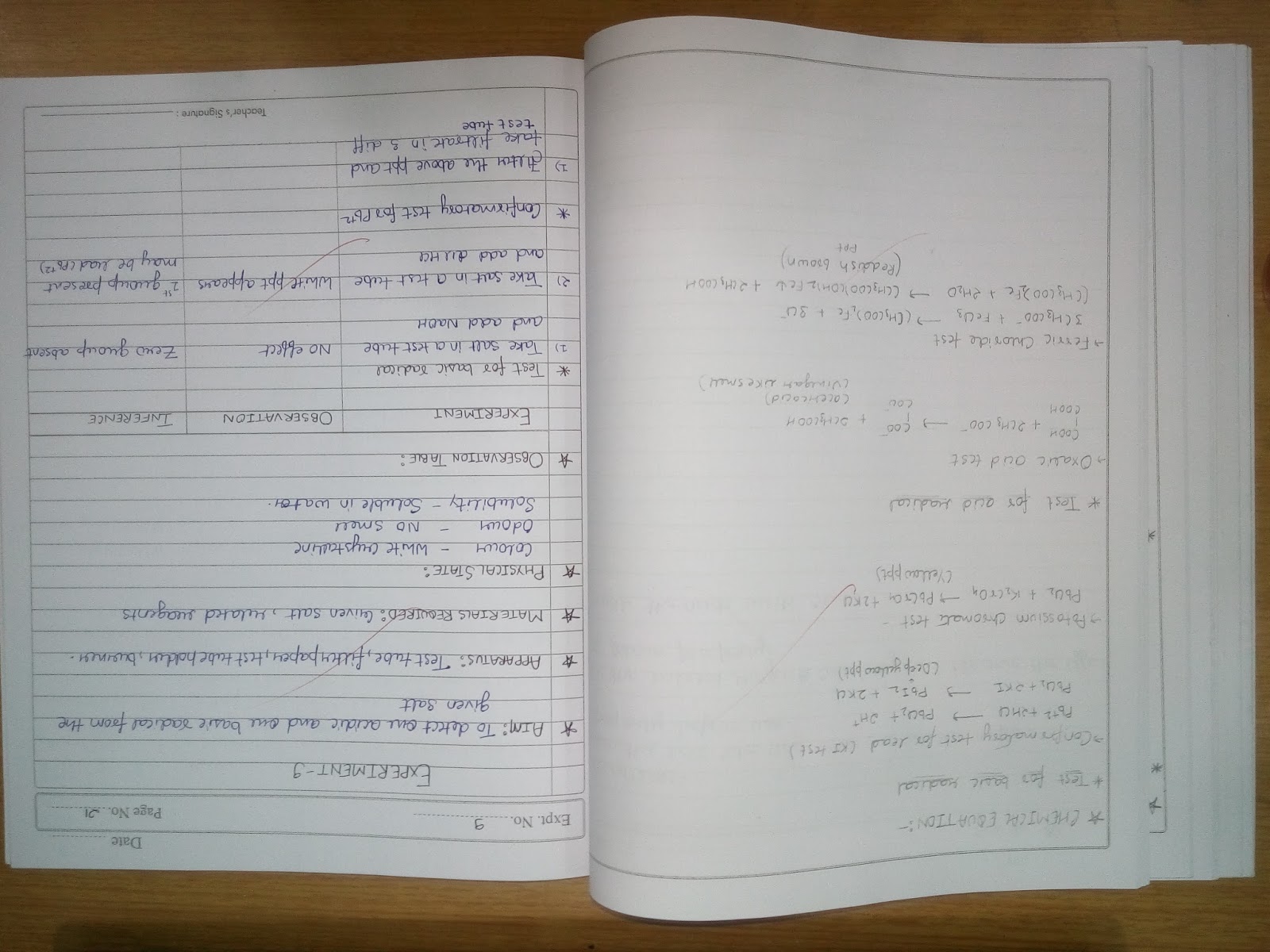 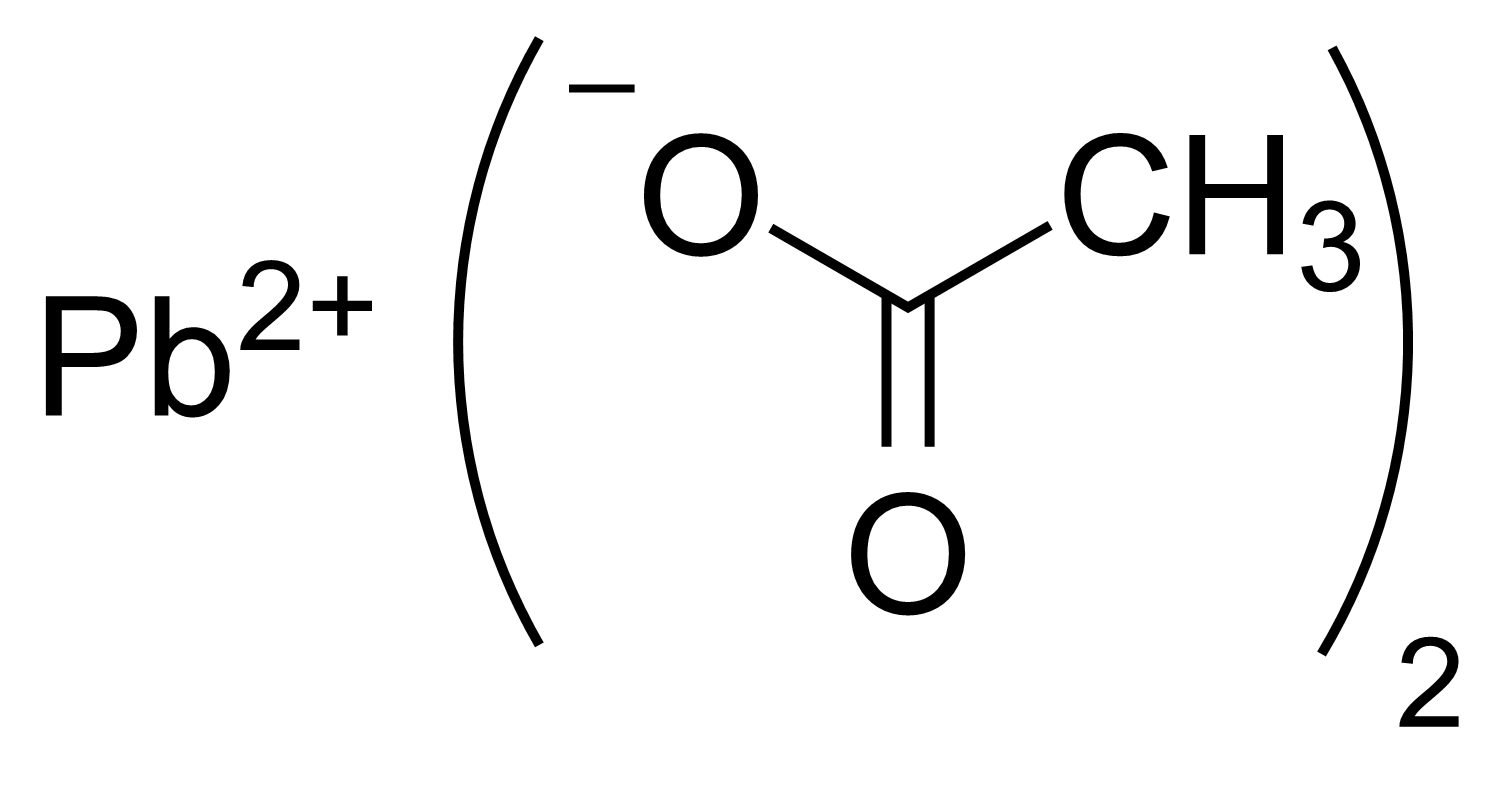 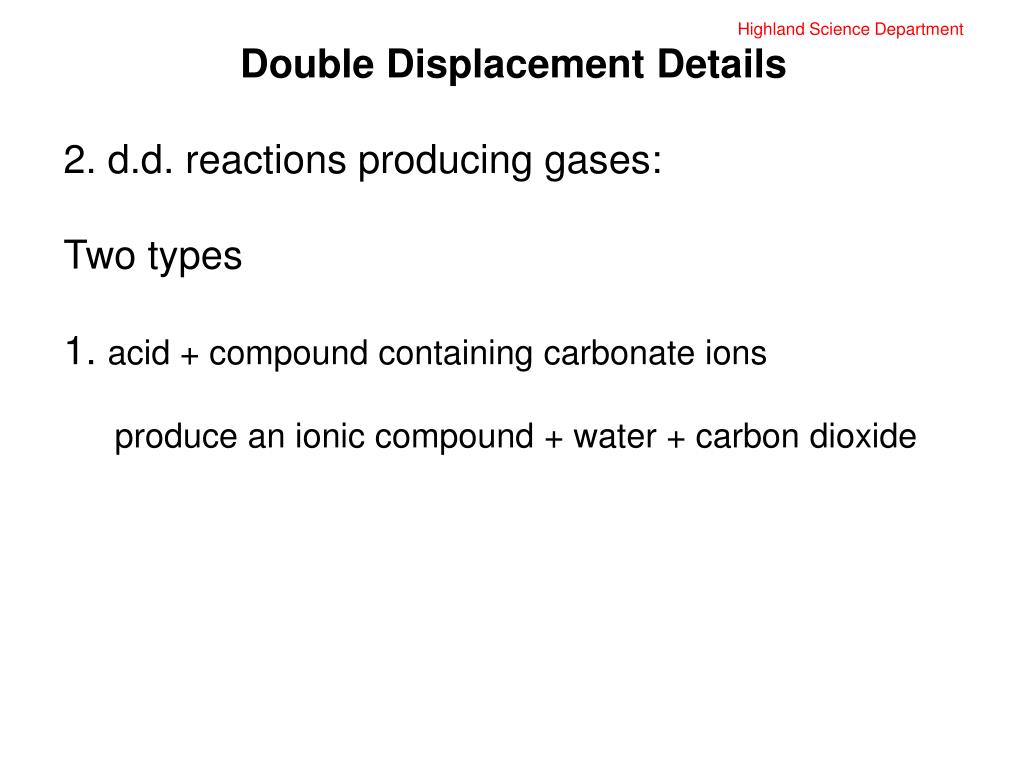