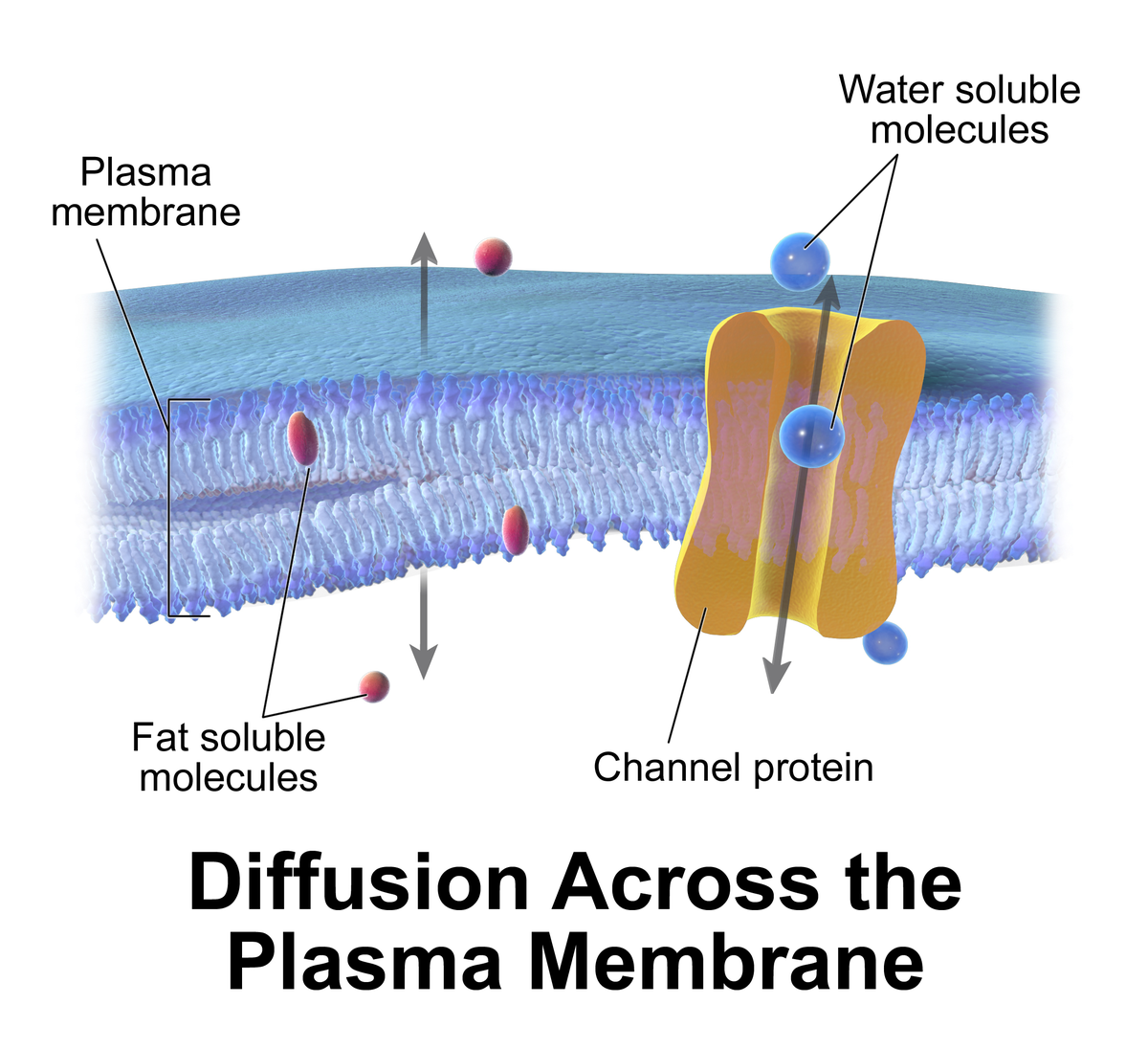 Jump to navigation
Jump to search
Passive diffusion across a cell membrane.

A biological example of diffusion is the gas exchange that occurs during respiration within the human body.[7] Upon inhalation, oxygen is brought into the lungs and quickly diffuses across the membrane of alveoli and enters the circulatory system by diffusing across the membrane of the pulmonary capillaries.[8] Simultaneously, carbon dioxide moves in the opposite direction, diffusing across the membrane of the capillaries and entering into the alveoli, where it can be exhaled. The process of moving oxygen into the cells, and carbon dioxide out, occurs because of the concentration gradient of these substances, each moving away from their respective areas of higher concentration toward areas of lower concentration.[7][8]Cellular respiration is the cause of the low concentration of oxygen and high concentration of carbon dioxide within the blood which creates the concentration gradient. Because the gasses are small and uncharged, they are able to pass directly through the cell membrane without any special membrane proteins.[9] No energy is required because the movement of the gasses follows Fick’s first law and the second law of thermodynamics.

Facilitated diffusion, also called carrier-mediated osmosis, is the movement of molecules across the cell membrane via special transport proteins that are embedded in the plasma membrane by actively taking up or excluding ions. Active transport of protons by H+ ATPases[10] alters membrane potential allowing for facilitated passive transport of particular ions such as potassium [11] down their charge gradient through high affinity transporters and channels.

An example of facilitated diffusion is when glucose is absorbed into cells through Glucose transporter 2 (GLUT2) in the human body.[12][13] There are many other types of glucose transport proteins, some that do require energy, and are therefore not examples of passive transport.[13] Since glucose is a large molecule, it requires a specific channel to facilitate its entry across plasma membranes and into cells.[13] When diffusing into a cell through GLUT2, the driving force that moves glucose into the cell is still the concentration gradient.[12] The main difference between simple diffusion and facilitated diffusion is that facilitated diffusion requires a transport protein to ‘facilitate’ or assist the substance through the membrane.[14] After a meal, the cell is signaled to move GLUT2 into membranes of the cells lining the intestines called enterocytes.[12] With GLUT2 in place after a meal and the relative high concentration of glucose outside of these cells as compared to within them, the concentration gradient drives glucose across the cell membrane through GLUT2.[12][13]

Filtration is movement of water and solute molecules across the cell membrane due to hydrostatic pressure generated by the cardiovascular system. Depending on the size of the membrane pores, only solutes of a certain size may pass through it. For example, the membrane pores of the Bowman’s capsule in the kidneys are very small, and only albumins, the smallest of the proteins, have any chance of being filtered through. On the other hand, the membrane pores of liver cells are extremely large, but not forgetting cells are extremely small to allow a variety of solutes to pass through and be metabolized. 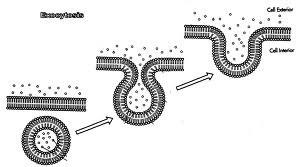 Active Vs Passive Transport In The Plasma Membrane – The cards are meant to be seen as a digital flashcard as they appear double sided, or rather hide the answer giving you the opportunity to think about the question at hand and answer it in your head or on a sheet before revealing the correct answer to yourself or studying partner. Some questions will include…Passive transport is independent of membrane proteins and the catabolism of biological molecules for energy. Diffusion is a passive process of transport. A single substance tends to move from an area of high concentration to an area of low concentration until the concentration is equal across space.The role of membrane transport processes is to deliver essential nutrients to cells, to As we shall see, both active and passive processes are involved in the transport of substances across cell The protein portion is diverse and includes structural proteins, transporters, enzymes, hormone… 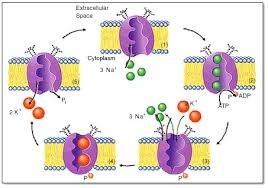 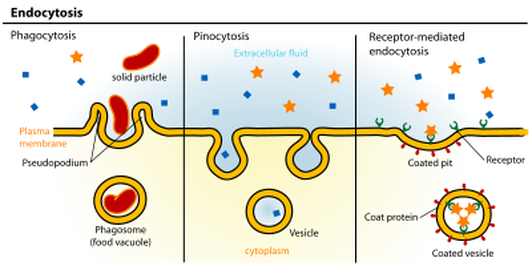 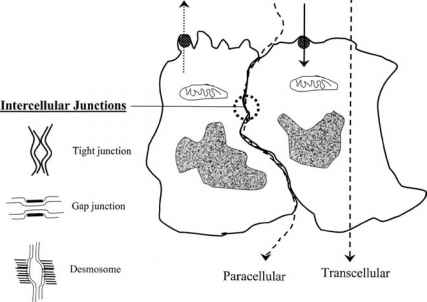 Active, Passive, and Bulk Cell Transport – The plasma membrane regulates the passage of molecules into and out of the cell.
It is capable of carrying out this function because it is selectively permeable, meaning that it allows certain substances to pass while preventing others. Basically, substances enter the cell in one of three ways: passive transport, active transport or bulk transport. Let’s look at each of these in turn. Passive transport is the movement of substances into or out of a cell without the expenditure of energy by the cell. One form of passive transport is diffusion. During diffusion, molecules move across a membrane from an area of high concentration to an area of low concentration. The molecules are therefore said to be moving down a concentration gradient. This continues until equilibrium is reached and the molecules are distributed equally. Another form of passive transport is facilitated diffusion. Facilitated diffusion occurs when an ion or molecule diffuses across a membrane faster than expected, either by way of a specific channel protein or with the assistance of carrier proteins that change shape as they pass through. The diffusion of water across a membrane, or osmosis, is another example of passive transport. In many cases, specialized proteins called aquaporins allow for the more rapid transport of water molecules. The second type of transport, active transport, requires the input of energy in the form of ATP. The proteins that conduct this form of transport are often called pumps, because they force molecules or ions to move from an area of low concentration to an area of high concentration. This is commonly referred to as up, or against, the concentration gradient. One of the more common examples is the sodium-potassium pump, which moves sodium ions back out of the cell – and potassium ions into the cell. Notice that the sodium potassium pump undergoes a change in shape that allows it to combine alternately with sodium ions and potassium ions. The third type of transport, bulk transport, is used for molecules that are too large to be moved by transport proteins. Instead, vesicles take them into or out of the cell. During this process, the plasma membrane surrounds and engulfs the particle. This is known as endocytosis. Cells use three basic types of endocytosis depending on the size and nature of the material to be digested: phagocytosis, pinocytosis and receptor-mediated endocytosis. If the material taken in is large, such as bacteria or a food particle, the process is called phagocytosis. Pinocytosis occurs when vesicles form around a liquid, or very small particles. During receptor-mediated endocytosis, molecules bind to specific receptor proteins embedded in a coated pit within the plasma membrane. When enough molecules accumulate in the coated pit, the pit deepens, seals, and is incorporated into the cell as a vesicle. Exocytosis is the opposite of endocytosis. During exocytosis, membrane bound vesicles move to the surface of the plasma membrane, fuse with the membrane, and then release their contents to the outside of the cell. To recap, there are three main types of cell transport: passive transport, active transport and bulk transport. Passive transport is the movement of substances in or out of a cell without the expenditure of energy by the cell. Active transport requires energy in the form of ATP to move molecules against their concentration gradient. Bulk transport requires vesicle formation and metabolic energy. Forms of bulk transport include endocytosis, pinocytosis, receptor-mediated endocytosis, and exocytosis. .