The Types Of Air Masses And Their Characteristics

The Types Of Air Masses And Their Characteristics

If you are confused by the title of this article, don’t be. These terms are central to defining and explaining the different types of air masses that cover the Earth’s surface.

At any given time, all regions throughout the world are covered with vast bodies of air. Each one has its specific atmospheric conditions that define the weather in the area it covers.

Depending on multiple factors, any country can experience more than one air mass. It is not just due to its location, which may lie on the boundary between different air masses, but also as a result of prevailing winds that can move air masses from their position.

This article explores what an air mass is, looks at its characteristics, and then provides an in-depth explanation of the different types of air masses.

The climate of any region in the world is largely determined by observing the characteristics of the air mass that occupies it. (Weather can cause short-term atmospheric changes, but the stable air mass determines the prevailing weather conditions of a vast territory.)

Before we examine the major air masses that cover the globe in more detail, one needs first to gain a clear understanding of what precisely an air mass is:

What Is An Air Mass?

Air mass is the meteorological term for a volume of air with a constant temperature and humidity covering an area. It varies in size from hundreds to thousands of miles. It remains positioned over a region for extended periods and, as a result, takes on the characteristics of the surface it covers.

These vast bodies of air that spread out horizontally for up to thousands of miles are separated from one another by weather fronts. It is in and around weather fronts on the boundary between air masses that the majority of meteorological activity takes place.

The characteristics of the kind of weather that occurs on the border between air masses depend on the type of weather front present. Weather fronts vary from the more familiar cold and warm fronts to the less familiar stationary and occluded fronts.

(You can learn more about a cold and warm front and their associated weather in this article. You can learn all about a stationary front here and get in-depth information about an occluded front in this post.)

The region over which an air mass forms is called a source region. This region can be a land surface or body of water.

Although air masses spread out horizontally over large distances, they can also reach high altitudes with heights of up to 16 km (10 miles), well into the stratosphere.

A number of classification systems exist to categorize the major global air masses. Of them, the Bergeron Classification System has been the most widely acknowledged and adopted.

A capitalized initial identifies each of these regions. It means A stands for Arctic/Antarctic, P stands for Polar, T stands for Tropical, and E for Equatorial.

But the source region is not the only factor that determines the attributes of an air mass. The amount of moisture in an air mass also plays a significant role in forming its characteristics, which is primarily the result of the type of surface over which it occurs.

Two types of surfaces have the most significant influence on moisture levels:

Continental surfaces point to landmasses like continents, while maritime surfaces refer to bodies of water. The lowercase initial of each type of surface gets placed in front of the capitalized initial of the source region when identifying a landmass.

For example, “mP” refers to Maritime Polar, while “cT” refers to Continental Tropical.

Six primary types of air masses covering the planet emerge when you combine the source region with the kind of surface underlying an air mass:

The abbreviation for each primary air mass is noted next to the full description. As described, the first lowercase letter indicates the type of surface, while the second uppercase letter represents the source region of the air mass.

The influence of both the source region and type of surface is evident in the characteristics of any overlying air mass. This will quickly become clear as one takes a closer look at each of the primary air masses:

The Continental Arctic (cA) Air mass develops over the ice-covered regions of the North Pole and Greenland. It mainly takes place over the ice and snow covering the area and therefore is classified as continental.

This air mass only takes place during the winter when solar radiation during the day is almost nonexistent. The icy conditions, combined with a lack of moisture, creates very cold and dry atmospheric conditions.

It’s no surprise then that the Arctic Air Mass is colder than other types of air masses.

The Continental Antarctic (cAA) Air Mass develops solely over the continent of Antarctica. Since it only develops over land, it is also classified as continental.

The air is extremely dry and cold as a result of the icy surface and lack of moisture. It is the coldest of all air masses, including the Arctic Air Mass, no matter the time of year or season.

Continental Polar (cP) Air Masses develop over the landmasses of subpolar regions. They primarily affect areas at high latitudes like Canada, the Northern United States, as well as Northern Asia.

It is characterized by cold, dry weather with little cloud cover and precipitation, especially during the winter. The high-pressure system that exists over a region experiencing a Continental Polar Air Mass allows for a very stable body of air.

When it moves south, these air masses start to change as it moves over warmer surfaces and gets subjected to longer and more intense periods of solar radiation. In return, it can provide a pleasant reprieve from warm weather during the summer months.

Maritime Polar (mP) Air Masses form over the freezing North Atlantic and Pacific Oceans near the Arctic. As a result, they are characterized by cold, moist, and unstable weather.

When it originates directly over the water, the air mass can influence adjacent coastlines. For example, the polar air that originates over the North Atlantic has a significant effect on the northeastern part of the United States.

The moisture content in this form of air mass is less than the moisture found in Maritime Tropical Air Masses.

The precipitation associated with Maritime Polar Air is characterized by light but persistent drizzles or rain showers. Depending on the season and severity, it can also produce more moderate showers as well as snowfall.

The air mass impacts the temperatures of the adjacent coastlines differently throughout the year. During the summer, it brings cooler air to the land, while the moderate air mass warms the coastal and border regions during the cold winter months.

Continental Tropical (cT) Air Masses form approximately 25 degrees north and south of the Equator over the dry, mostly arid regions of the world. It mainly occurs over deserts, including the Sahara, the deserts of Mexico, Australia, and the Arab Peninsula.

As a result of the source region and low latitude, Continental Tropical Air Masses are characterized by hot and dry weather conditions.

Due to the nature of desert weather, temperatures drop as sharply in the evenings as they rise during the day, leading to extreme contrasts in atmospheric conditions.

As the name suggests, Maritime Tropical (mT) Air Masses mainly occur over the warm oceans of the Tropics and Subtropical Regions. They cover vast areas of the South Atlantic, Indian, and South Pacific Oceans.

With their location near the Equator (with its high levels of incoming solar radiation), combined with the ocean surface, Maritime Tropical Air Masses are characterized by very hot and humid weather conditions.

(It is also the most dominant air mass over the United Kingdom and is responsible for a large percentage of the country’s precipitation.)

Air Masses at or near the Equator primarily form over water, and as a result, are all referred to as Maritime Equatorial Air Masses. (The small portions of land that it covers consist mostly of rainforests and not exposed dry land.)

Due to the surface and latitude over which they form, these air masses are hot and very humid. The high moisture levels in the air mass are responsible for the large volume of precipitation that occurs over land in the region.

For example, the rainforests of Central Africa and the Amazon in South America receive high volumes of rainfall throughout the year as a result of the Equatorial Air Mass.

The following list has been compiled to assist in summarizing and highlighting the essential facts about air masses and their characteristics.

Each of these key facts is fully covered and explained in previous sections of this article. You can find more information on each topic by simply following the appropriate heading.

This article clearly illustrated the importance of the world’s air masses. They play a crucial role in the formation of the weather and climate patterns that we attribute to different regions and countries throughout the year.

Each air mass is clearly defined and differentiated from one another by the source region from where it originated, as well as the type of underlying surface (land or water). This became evident while describing the characteristics of each of the major air masses.

This post described what an air mass is, how it forms, and also went on to explain the different types of air masses and their attributes in more detail.

Never miss out again when another interesting and helpful article is released and stay updated, while also receiving helpful tips & information by simply  following this link .

Until next time, keep your eye on the weather! 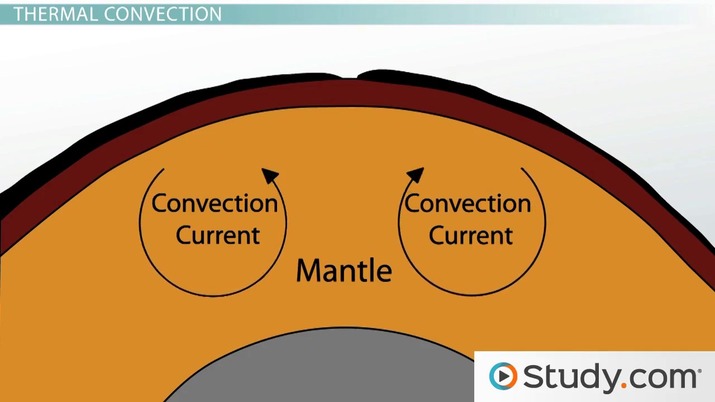 term:continental+polar = cp Flashcards and Study Sets – Continental Polar A volume of air that has the same weather conditions. The area where air mass forms… GIVES THE WEATHER…On the idealized weather map above, a continental polar (cP) air mass from Canada abuts against a maritime tropical (mT) air mass that originated over the Gulf of Mexico. Note the slight and gradual change in temperature and dew point with increasing distance from the center of each air mass.Polar definition is – of or relating to a geographic pole or the region around it. How to use polar in a sentence. 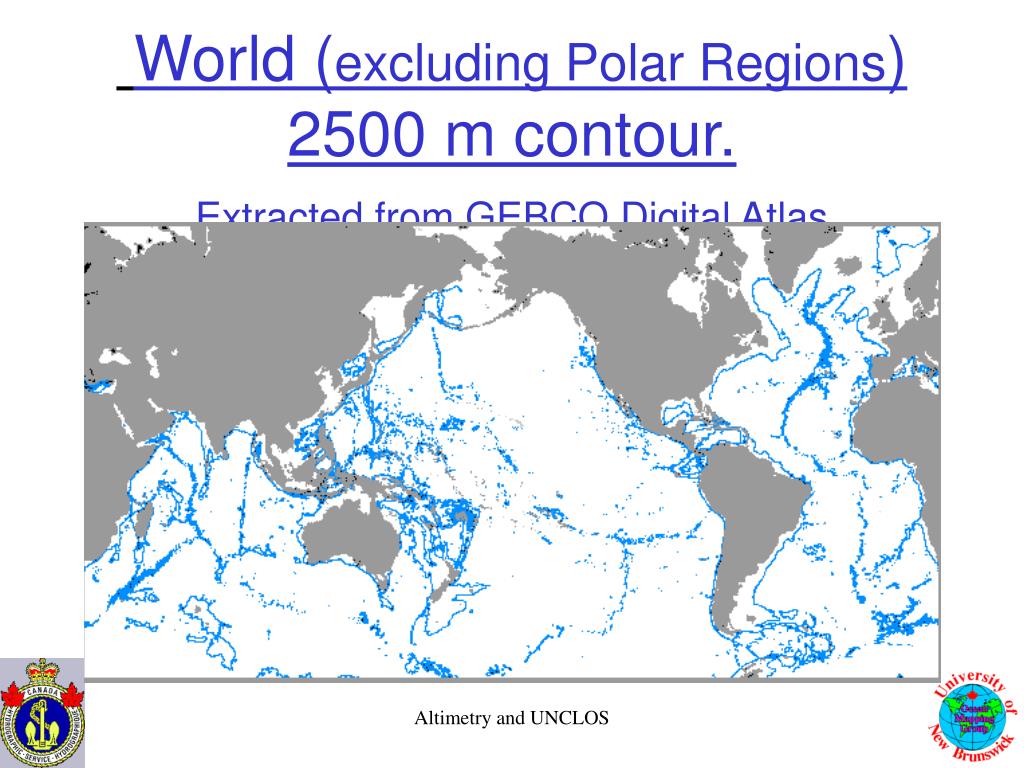 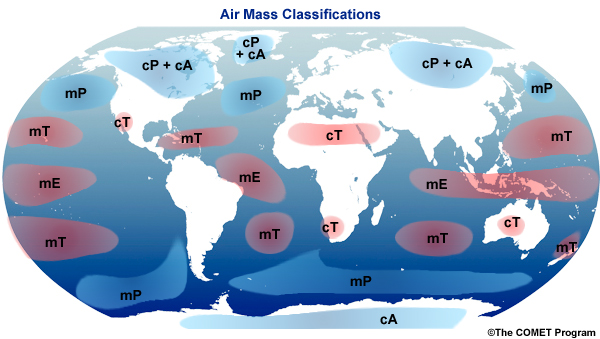 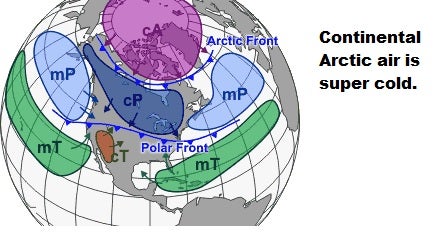